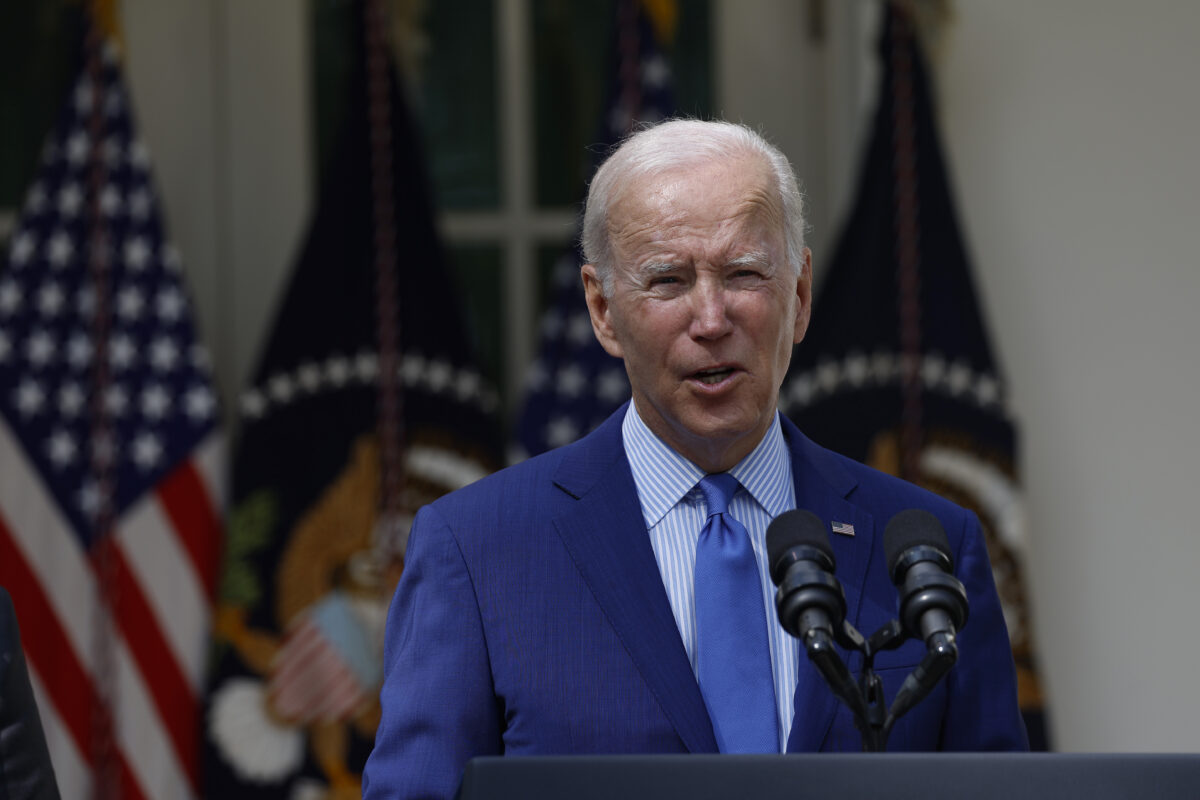 If Epidemic Is over, Expense should stop.

During a “60 Minutes” interview on September 18, President Joe Biden stated that “the pandemic is overYet in mid-July, he extended the COVID-19 public health emergency with its spending until mid-October, at which point the Department of Health and Human Services expects it. will be extended Again.

Each time the president extends a public health emergency, he also extends the duration of the emergency spending, as well as the justification for sanctions and measures that cost taxpayers money while ultimately benefiting private companies.

Since the start of the pandemic in 2020, the US government has approved at least $4.8 trillion in new borrowing, For example, the government passed legislation that made vaccines mandatory and provided billions of dollars in funding to companies that manufacture vaccines. The government authorized the vaccines for emergency use. And finally, the government decides which companies can or cannot make vaccines, thus protecting preferred vaccine manufacturers from competition.

Vaccine mandates are still in place for the military, government contractors and healthcare workers in facilities that receive payments from Medicare and Medicaid. Most public and private sector employees in New York are still required to prove vaccinations. In California, medical workers and state workers must be vaccinated, while in Connecticut, they must also have a booster. Delaware requires full immunizations for state and health workers as well as school workers. In addition, they have to appear for the weekly test. In Washington, DC, healthcare workers, school workers, government employees, contractors and interns should all be vaccinated. Similar rules exist in Democrat-led states. across the country,

The vaccine mandate creates a ready market for vaccines. These two facts—people are forced to take them and are paid by the government (albeit from future tax revenue)—remove the normal price mechanism governing a free market supply and demand logic. There is no incentive for the handful of drug companies protected by the government to improve their efficiency, increase the quality of their drugs, or lower their prices.

COVID testing has been yet another opportunity for the government to prosper private companies. From January to August this year, the White House distributed 600 million Free test kits through its website, apart from being distributed by other means and test kits procured by government agencies. Most employment and participation in public life required repeated testing. Meanwhile, government funding was allocated to testing companies and manufacturers of over-the-counter tests, such as Abbott RapidX North America and iHealth Labs,

Vaccines, masks, test kits and other pandemic supplies made by private companies were also purchased by the federal government and donated to developing countries. For example, on June 10, 2021, Biden announced that the United States would buy and donate half a billion Pfizer has provided vaccines to 92 low- and lower-middle income countries and the African Union. In this case, the government was using public money to enrich not only private companies, but American taxpayers who would eventually have to repay this debt, not benefiting. Moreover, many of those taxpayers were not even allowed to work as on June 10, 2021, when the government was paying their future earnings.

On May 8, 2020, the US Bureau of Labor Statistics reported that the unemployment rate has reached the highest point the great Depression-14.7 percent. In December 2020, CNBC reported that more than 60 percent Small businesses were closed.

As of spring 2021, the number of business bankruptcies in the United States was 200,000 more than in 2020, Some industries were affected more than others. By August 2021, 22 percent of gyms The country was forced to close permanently. In some parts of the United States, as many as a third local small business was put out of business. Meanwhile, other workers and companies were being protected and funded by the government.

The lockdown was another government-imposed measure that hurt the common people while making the rich rich. Lockdown rules forced small entrepreneurs to close but allowed big box stores and Amazon to capture 100 percent demand.

In 2021, Amazon profits up 220 percent. Amazon again pushes for Biden $15 minimum wage, Amazon benefited in two ways by advocating for a higher minimum wage. First, it included Amazon in the ruling party. Second, it ensures that competitors cannot re-enter the market even after Amazon’s COVID protection is exhausted.

The lockdown protected big box stores, while vaccine companies, mask companies and COVID testing companies were funded by the government, allowing them to earn guaranteed profits. And those who refused to use these products, or who attempted to work or engage in commerce in violation of the regulations, were punished by the authorities. By definition, it is state capitalism or fascism. In his 1936 book, “Under the Ex of Fascism”, author Gaetano Salvemini called fascism a corporate state that controls all economic activity, making the owners of large corporations wealthy at the expense of smaller entrepreneurs and workers. .

The coercion and spending will not stop until the pandemic is officially declared. Even now, drugmakers are petitioning the US Food and Drug Administration for approval. new booster And covid-flu-Booster combo. It seems drug companies don’t expect the pandemic to officially end any time soon.

The views expressed in this article are those of the author and do not necessarily reflect the views of The Epoch Times.

Antonio Gracefo, PhD, has spent more than 20 years in Asia. He is a graduate of Shanghai University of Sport and has done China-MBA from Shanghai Jiaotong University. Gracefo works as an economics professor and economic analyst for China, writing for various international media. Some of his books on China include “Beyond the Belt and Road: China’s Global Economic Expansion” and “A Short Course on the Chinese Economy”.