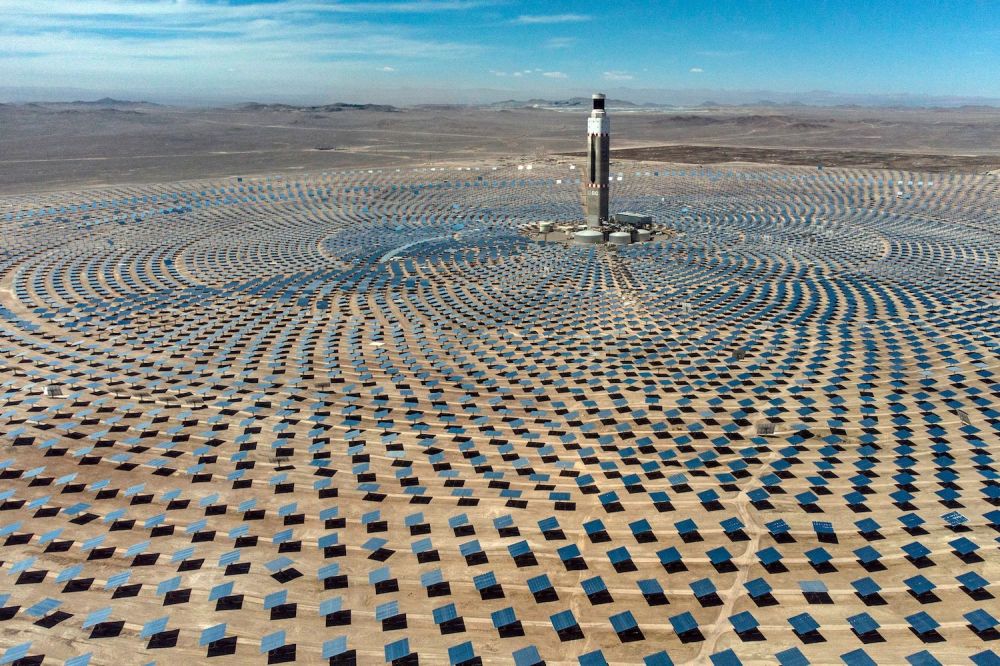 The highlights this week: Chile looks to harness green hydrogen for its energy transition, Panama hosts a regional conference on migration, and Colombia mourns an iconic soccer captain.

If you would like to receive Latin America Brief in your inbox every Friday, please sign up here.

How to Plan a Green Transition on a Budget

For many Latin American countries—which have moved out of the pandemic slump only to face new economic pressures linked to Russia’s war in Ukraine—climate change response measures remain difficult to finance. But they are as urgent as ever: both to slow rising temperatures and to replace lost jobs in the fossil fuel industry as the world shifts to renewables.

Some countries are just starting to develop their plans for a green economic transition. That’s the case in Ecuador, where, as I reported this week, sovereign debt repayments and domestic austerity are currently taking priority over major public spending. Ecuadorian officials aim by next year to release a decarbonization road map to 2050.

Some 1,500 miles to the south, in Chile, economic transition plans are further along. Last month, the Chilean government passed a law to make its 2050 carbon neutrality target legally binding. It has also released detailed climate change adaptation plans for various sectors of the economy, such as tourism, agriculture, and infrastructure. Political support for strong climate policies generally spans the political spectrum.

In the energy sector in particular, Chile’s green transition road map is an example of how a country with budgetary restraints can still engage in ambitious environmental planning by courting private investment.

Coal-fired power plants are a major source of pollution in Chile, and the government plans to close or repurpose all of the country’s 28 plants by 2040. The Chilean Energy Ministry estimates that will cause the loss of 13,000 jobs but that renewable energy projects that have partially begun will create around 43,000 new ones.

Many of those new jobs are in solar and wind energy—literal powerhouses in Chile, with windy Patagonia in the south and the sun-drenched Atacama Desert in the north. In 2021, the country drew 27 percent of its electricity from renewable sources other than large-scale hydroelectric projects, which are common in the region. And Chile’s plentiful wind and sunshine inspired government officials in 2020 to craft a 30-year strategy to kick-start a domestic green hydrogen industry.

Used to power trucks, buildings, and so much more, hydrogen fuel is often produced by creating a thermal reaction with coal or natural gas. It can also be made “green” by using renewable energy to separate water into hydrogen and oxygen molecules. That process is called electrolysis and requires specialized equipment.

There’s a reason green hydrogen is currently scarce: It is expensive to both make and transport. But prices are dropping as production companies try out new technologies, and new climate regulations could push industries such as shipping and mining toward using green hydrogen even if it’s slightly costlier than dirtier fuel.

Chile is tapping into this anticipated future demand early and by 2030 wants its production cost for green hydrogen to be the world’s lowest. Though the mining company Anglo American has produced green hydrogen in Chile for use in a pilot project, the fuel is not widely used in the country today.

If all goes to plan, government officials say the country’s exports of green hydrogen could rake in $30 billion per year by 2050. That’s the current value of Chile’s top export, copper, which accounts for some 10 percent of its GDP. Santiago aims for an average production price of below $1.50 per kilogram of green hydrogen by 2050; late last year, that price was around $6 per kilogram.

Chile’s pitch is that companies experimenting with green hydrogen should set up shop in the country, where renewable power is cheap, labor is skilled, the investment climate is good, and local industry anticipates being required to switch to cleaner fuel soon.

The Chilean government plans to spend some $193 million co-financing a research institute for clean technologies, green hydrogen among them. In December, it pledged $50 million in grants to six green hydrogen projects spread across the country. “We want the industry to grow in the different territories” rather than be concentrated in one city alone, engineer Camilo Avilés of the Chilean Energy Ministry told Foreign Policy.

It’s still too early to measure progress on Chile’s green hydrogen goals. But dozens of other new projects have been approved countrywide, most without any public subsidies. While Chilean officials plan for a green hydrogen industry that is overwhelmingly financed with private money, Avilés said the Energy Ministry may seek some future financing for its projects from multilateral development banks. The government has also committed to training some workers in areas previously home to coal-fired power plants for jobs in the green hydrogen supply chain.

Though Chile has so far not devoted especially large sums of public money to its green hydrogen strategy, the process of making the plan itself—which involved setting targets and identifying clients for green fuel—helped give direction to the country’s energy transition.

With careful planning, other countries in the region could follow Chile in crafting green industrial policies if they, too, play to their strengths, said Amir Lebdioui, an economist at SOAS University of London. For Chile, those are abundant wind and sunlight; for Ecuador, that might be its biodiversity.

As the green transition is sure to cause economic upheaval in the years to come, Lebdioui said, now is the time for countries to ask not just “What am I good at doing?” but “What could I be good at doing?”—and strategize accordingly.

The International Monetary Fund (IMF) this week released updated projections for countries’ public spending over the next few years. The fund predicts that, through 2026, many Latin American countries won’t significantly boost their spending as a percentage of GDP, with some even cutting it to below pre-pandemic levels.

An Inter-American Development Bank working paper projects that for Latin American and Caribbean countries to reach climate goals along with other sustainable development goals by 2050, an average of around 2.2 percent of GDP in new spending is required each year on infrastructure alone. If total public spending remains at the levels the IMF predicts, countries will need to recruit more private sector investment to achieve that benchmark.

Tuesday, April 26: The U.S. Supreme Court hears oral arguments in a case that could end a revival of the so-called “Remain in Mexico” rule for U.S. asylum-seekers.

Border backup. Strict inspection requirements that Texas Gov. Greg Abbott imposed on truck shipments entering the United States from Mexico this month backed up traffic for miles at the U.S.-Mexico border and lost Texas’s economy more than $4 billion, according to the economics research body Perryman Group.

Abbott imposed the new rules as part of a tough-on-immigration platform ahead of gubernatorial elections in November, but they caused widespread protests in the business community and diplomatic objections from Mexico City. The inspection requirements were finally ended last Friday.

Avocados and auto parts are now moving regularly again—but not without love, and cash, lost between producers and consumers on both sides of the border.

Thinking regionally. On Tuesday and Wednesday, U.S. Secretary of State Antony Blinken co-chaired a summit in Panama with counterparts from more than 20 Western Hemisphere countries on crafting a regional approach to migration. The U.S. State Department said work is underway for a joint declaration on migration to be issued ahead of the Summit of the Americas, which the United States will host in June.

Western Hemisphere appeals for such funding have yielded relatively lackluster results in the past: Governments and development banks spent more than 10 times as much on services for each Syrian refugee in that country’s recent crisis—including on humanitarian aid and long-term social reintegration efforts—than on each Venezuelan who fled the country since 2014, a Brookings Institution study calculated. 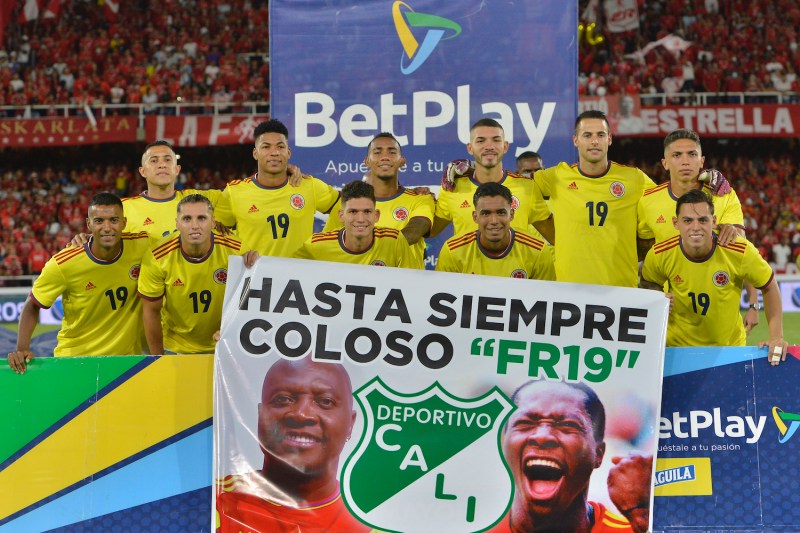 Players of Deportivo Cali pose wearing a jersey with the number 19 of Freddy Rincón during a match between América de Cali and Deportivo Cali as part of Liga BetPlay Dimayor I-2022 at the Pascual Guerrero Olympic Stadium in Cali, Colombia, on April 17.Gabriel Aponte/Getty Images

Remembering Rincón. Colombians are mourning soccer star and former national team captain Freddy Rincón, who died in a car crash on April 13 at the age of 55. Rincón was part of the “golden generation” of Colombian players who led the national team to three consecutive World Cups in 1990, 1994, and 1998.

Outside Colombia, Rincón also played for club teams in Brazil, Italy, and Spain: Palmeiras, Corinthians, Napoli, and Real Madrid. The poetry—and national pride—of his 1990 World Cup goal against Germany inspired Uruguayan author Eduardo Galeano to recount it in his iconic book Soccer in Sun and Shadow, writing that Rincón did not kick the ball but rather “caressed” it into the net.

According to the IMF’s new statistical projections—which take into account the economic fallout of Russia’s war in Ukraine—which of the following countries will likely surpass its pre-pandemic GDP per capita levels, measured in real terms, this year?

In Focus: Studies on Opposing Authoritarianism 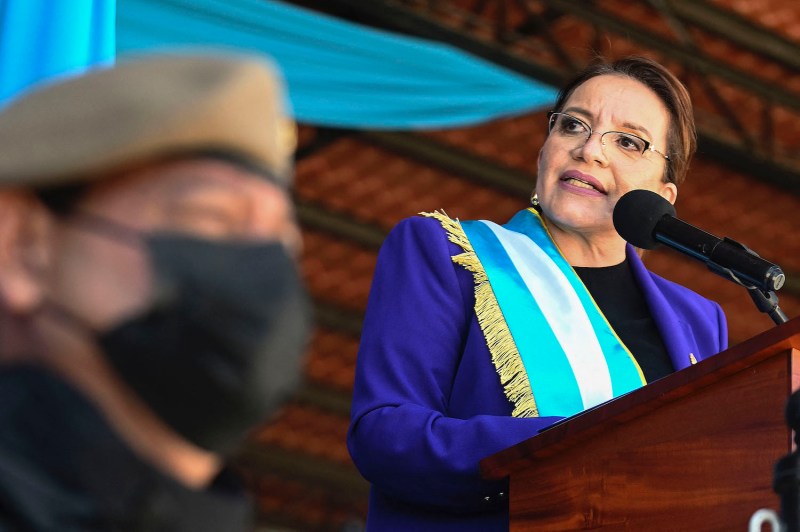 Honduran President Xiomara Castro delivers a speech after receiving the baton of command of the Honduran armed forces in Tegucigalpa on Feb. 25.ORLANDO SIERRA/AFP via Getty Images

On Monday, Nicaraguan President Daniel Ortega’s government revoked permission for 25 nongovernmental organizations to operate in the country, further cracking down on freedom of expression and the prospects for opposition mobilization in the country.

Two new essays in the Journal of Democracy look at how the strategies of Nicaragua’s opposition over the past few decades compare to those of the opposition in Honduras amid its own anti-democratic creep under the National Party. The papers also draw comparisons to Venezuela and El Salvador.

The Honduran opposition’s unity and victory in last November’s election is remarkable and deserves close scrutiny as other Latin American countries experience backsliding, authors Will Freeman and Lucas Perelló write. (Both Freeman and Perelló are also frequent contributors to Foreign Policy.)

In the wake of Honduras’s 2009 coup, the democratic opposition’s “commitment to party-building, electoral participation, and power-sharing made the difference, contributing decisively to the downfall of the National Party regime” 12 years later, Freeman and Perelló argue.

In Nicaragua, on the other hand, Kai M. Thaler and Eric Mosinger write, some people who opposed Ortega’s authoritarian tendencies beginning in around 2008 were hesitant to mount a broad-based, vocal opposition because they shared his focus on economic growth and conservative social values.

In Honduras, part of what spurred the opposition to intense grassroots action was the relative lack of foreign involvement in the country’s political struggle, Freeman and Perelló write. They allude to the counterexample of Venezuela, where opposition figure Juan Guaidó pushed to oust President Nicolás Maduro in 2019. The move at first seemed strong, but managing relations with U.S. and other international backers took a front seat to domestic organizing, which suffered heavily as a result, Freeman and Perelló add.

Both pairs of authors repeatedly emphasize the roadblocks to pushing back against authoritarian slides and suggest that early, concerted action by opposition parties is warranted in El Salvador, which is quickly becoming its own case study in presidential power-grabbing.

One thought on “Chile Bets Big on Green Hydrogen” 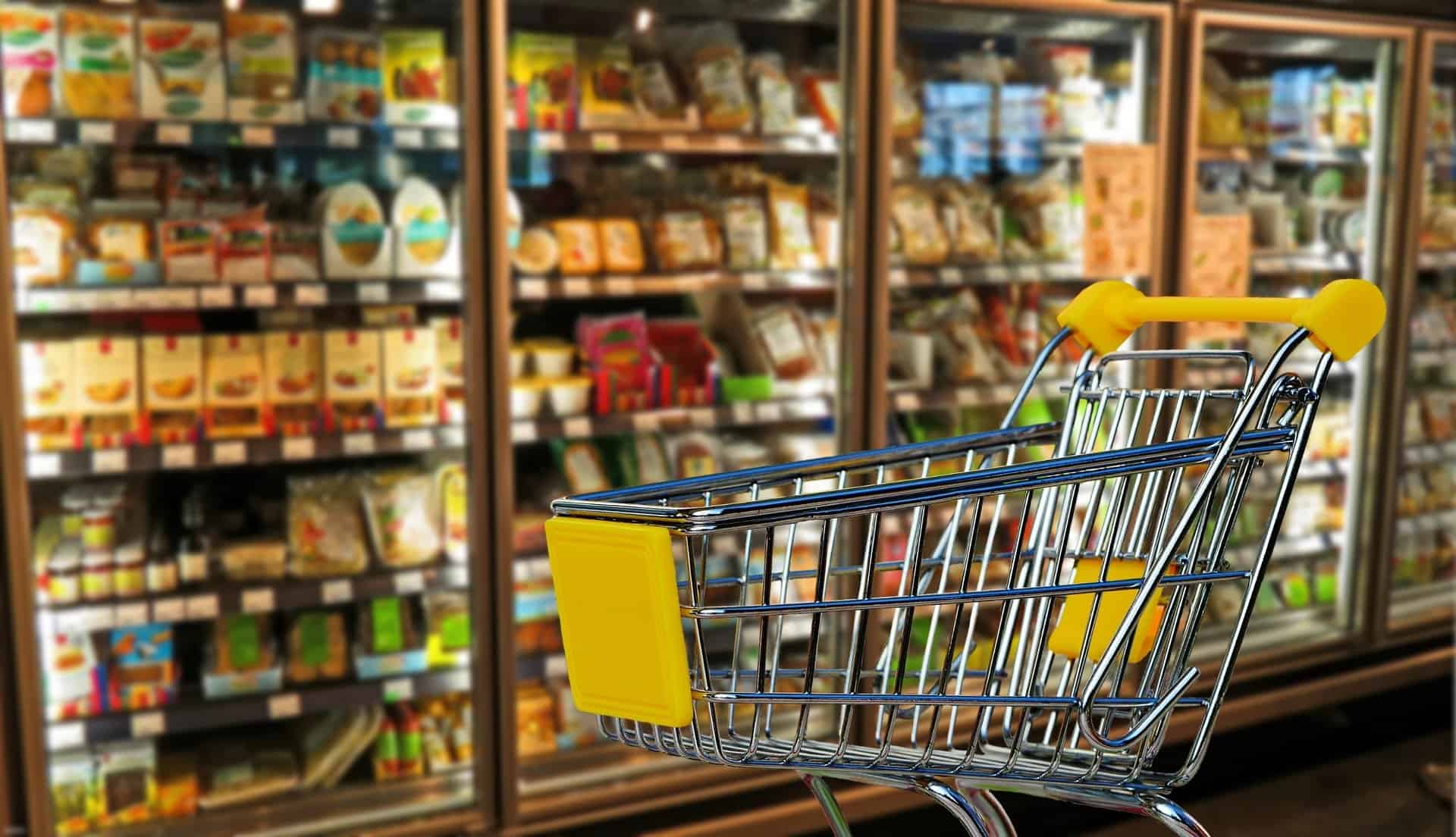