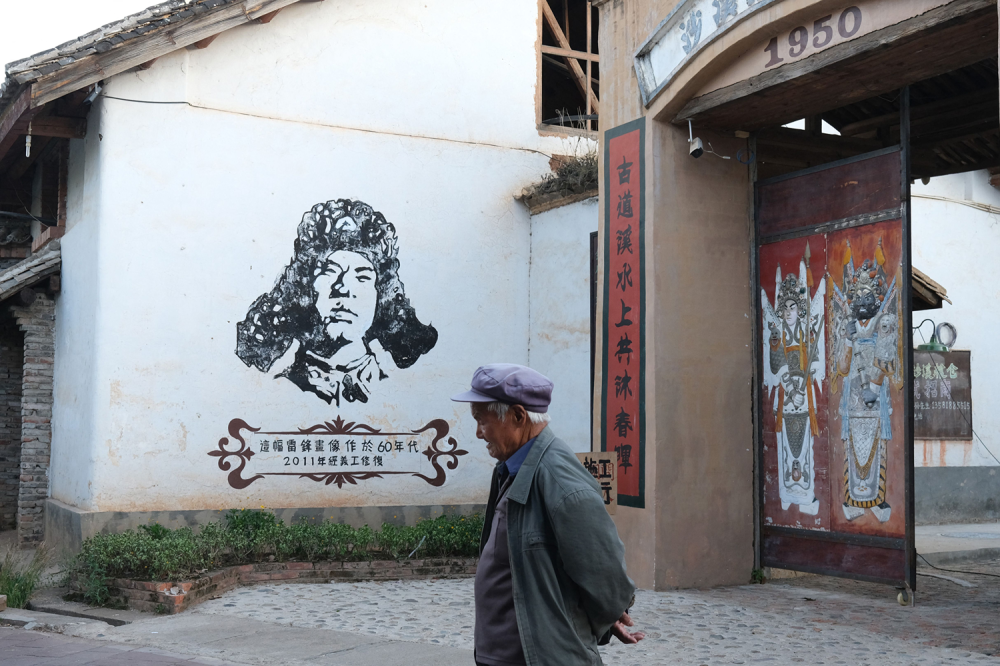 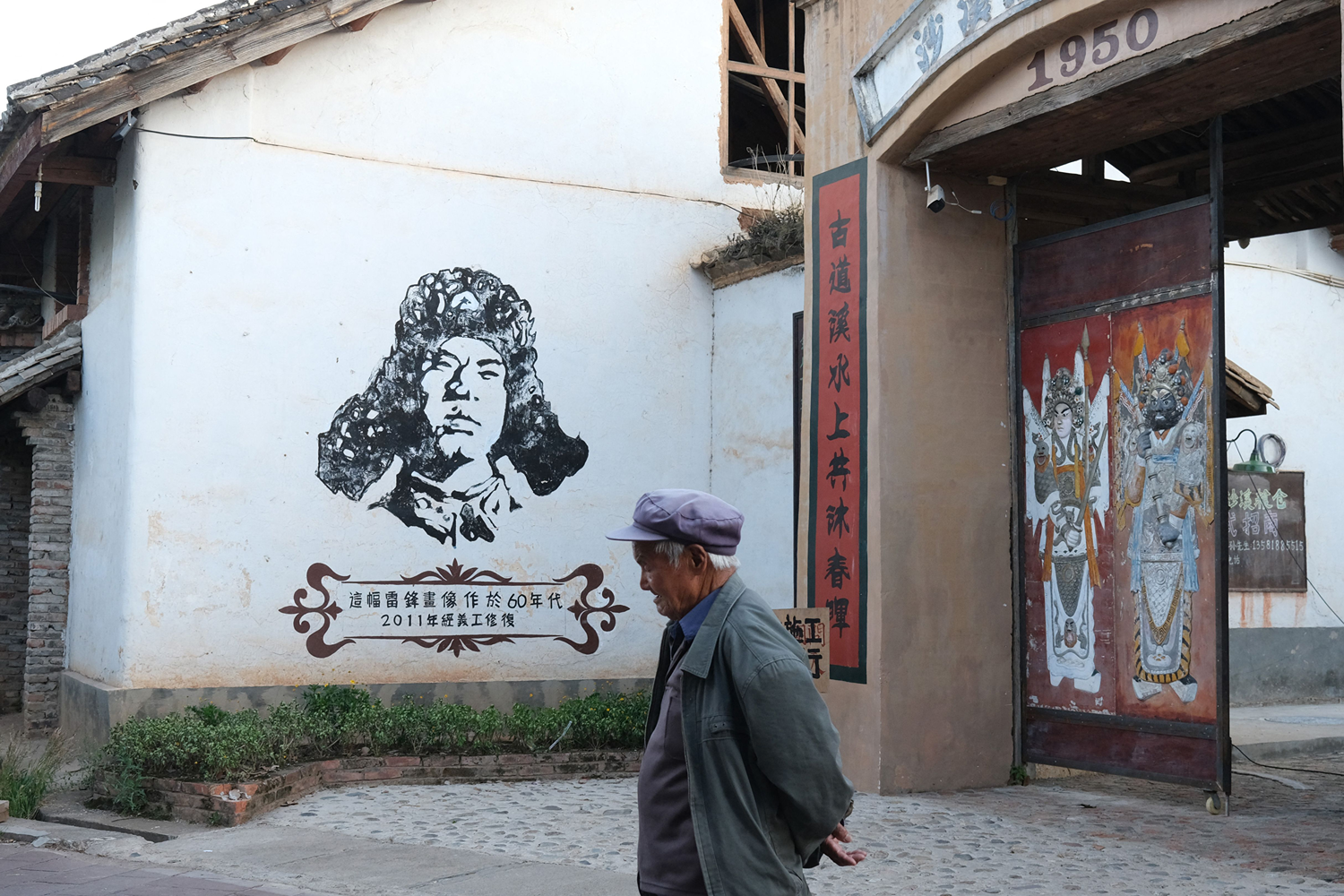 On Sept. 20, popular Chinese livestreamer Li Jiaqi, known as the “lipstick king” for his impressive ability to push sales of lipstick and other makeup products, reappeared on Chinese streams for the first time in three months. Li had disappeared from the Chinese internet for a mistake he probably had no idea he was making. In the middle of his summer sales push, on June 3, one of his employees brought out a cake in the shape of a tank. Alas, June 4 is the anniversary of the Tiananmen massacre of 1989, and the Chinese authorities relentlessly police any hint of commemoration.

Li and many of his fans were born after the massacre occurred. They may not have even been aware it happened. China has long policed historical memory, deleting and rewriting references to past atrocities and insisting on adherence to official narratives. As President Xi Jinping said in a speech last year, “know history; love the party.” Today, that relentless censorship is increasingly focused online.

Ahead of the critical 20th Party Congress starting on Oct.16, the Cyberspace Administration of China (CAC) is inviting netizens to snitch on those guilty of “historical nihilism.”

On Sept. 20, popular Chinese livestreamer Li Jiaqi, known as the “lipstick king” for his impressive ability to push sales of lipstick and other makeup products, reappeared on Chinese streams for the first time in three months. Li had disappeared from the Chinese internet for a mistake he probably had no idea he was making. In the middle of his summer sales push, on June 3, one of his employees brought out a cake in the shape of a tank. Alas, June 4 is the anniversary of the Tiananmen massacre of 1989, and the Chinese authorities relentlessly police any hint of commemoration.

Li and many of his fans were born after the massacre occurred. They may not have even been aware it happened. China has long policed historical memory, deleting and rewriting references to past atrocities and insisting on adherence to official narratives. As President Xi Jinping said in a speech last year, “know history; love the party.” Today, that relentless censorship is increasingly focused online.

Ahead of the critical 20th Party Congress starting on Oct.16, the Cyberspace Administration of China (CAC) is inviting netizens to snitch on those guilty of “historical nihilism.”

The term has been used by officials for decades, but it was given new importance when it was listed as one of the seven ideological threats the party faces in Document No. 9, which was leaked in 2013 and hinted at Xi’s intellectual agenda as he began his tenure as party chairman. According to the document, historical nihilism is “tantamount to denying the legitimacy of the CCP’s long-term political dominance.”

Any fact, statistic, opinion, or memory that doesn’t fit into the official line can thus be framed as a violation of the party’s anti-historical-nihilism campaign. Authorities are taking action: More than 2 million social media posts alleged to be “disseminating historical nihilism” were reportedly deleted in the months before the centennial celebration of the Chinese Communist Party (CCP) last year. In a speech last April, CAC Director Zhuang Rongwen described the necessity of “powerfully refuting historical nihilism and other incorrect ideological standpoints” on the internet.

Historical nihilism is important enough to merit its own reporting center, where netizens can rat on each other for sharing posts that “distort the history of the party or the history of new China.”

The incentives to snitch are strong. In the context of restrained civil liberties and curtailed political and, increasingly, personal freedoms, defending the party’s version of China’s history, the only version of history it can safely be proud of, is one way to guarantee your own safety—or to advance your career.

The leadership’s incentives for tackling so-called historical nihilism are even clearer. Framing the past as a justification for present party leadership is existentially essential for the CCP and its leaders.

Subjects of Marxism and inheritors of Maoism, they argue the primacy of the party is the result of historical inevitability. As stated in Document No. 9, one facet of historical nihilism is “denying the historical inevitability in China’s choice of the socialist road.” The explicit need to exert historical control, even and especially as online platforms get more advanced and intertwined with everyday life, demonstrates party officials’ and, specifically, Xi’s belief that tolerating contested histories threatens the legitimacy and stability of the regime.

As the researcher Joseph Torigian has written in Foreign Policy, “Xi uniquely understands why historical grudges and differing views about the past are so potentially explosive.” That’s because his father, also a prominent CCP leader, was part of a revolution-era clique from the northwest rife with violence and, later, controversy over how to write or omit such violence into party history. As Xi Zhongxun said at a meeting held to resolve the history of party violence in the northwest in 1945, while it was “no big deal” if people were ignorant about history, “the most damaging is the distortion and falsification of history.”

The apple doesn’t fall far from the tree. Xi’s focus on historical nihilism similarly emphasizes the crime of distortion. To him, distortions are defined by their deviation from the party line. History either is official history, or it’s nothing, nonbelief, nihilism.

Such a stark contrast gives the party power. The CCP’s official narrative positions its own rule as not only essential but inevitable—both in the past and the future. Part of this effort involves making explicit connections between past and current struggles.

“Xi’s nationalism is very much looking forward to the 21st century, but it also draws upon some aspects of the 20th to strengthen itself,” said Rana Mitter, a professor of history and politics of modern China at the University of Oxford.

The party has come up with two complementary terms to get at its envisioned future and its past failures. “‘National rejuvenation’ refers to restoring China to its rightful position and a global actor in its own right,” Mitter said. “‘National humiliation’ refers to all the factors that have prevented that.” Conveniently, only the CCP can deliver the Chinese people from humiliation to realized rejuvenation.

Along the way, it’s essential that the party comes up with a moral for every historical story—clear connective tissue between past events and their implications for the present and future.

“One of the lines that [Xi] uses about the Second World War is that it was the first time China was attacked by an outside power and was able to fight back, which gives it a particular kind of cachet,” Mitter explained.

This framing of World War II carries a strong nationalist narrative with clear contemporary applications in the context of U.S.-China competition. But coming up with a contemporary takeaway for every historical event is an ambitious project—and one that betrays the party’s degree of dependence on historical narratives.

The current leadership’s hefty investment in rewriting Chinese and international historians’ scholarship on Qing history, for example, demonstrates the depth of both its insecurity and its commitment to historical overhaul. Meanwhile, despite the official line that the Cultural Revolution was a disaster, authorities’ tolerance of neo-Maoist websites, which Mitter described as creating “a nostalgic, rose-tinted version of the era, painting it as one of camaraderie rather than violence,” shows there is more wiggle room to go beyond the party line if you’re going in a positive direction.

But Xi has clearly deduced that for his own political protection, he should be the gatekeeper not only of China’s history, but also of its historiography.

“Societies that don’t allow for nuance tend to create history that is more of use to politicians that it is to historians,” Mitter said.

In a ramped-up effort to tighten control over all discussions of history, China’s interagency speech control apparatus is also actively merging fighting “rumors” with taking down historical nihilism.

In 2021, a division of the CAC called the China Internet Joint Rumor Platform listed 10 historical events for which infringing on the official narrative constitutes clear historical nihilism. The Communist Party Member Website described the list of untouchables as “10 history-related rumors that have long flooded the online world.” The announcement seeks to put these rumors to bed, claiming they have been “disproved.”

Since the party is highly defensive of its own reputation and, separately, the issue of Chinese history, it is perhaps not so shocking that it is extra sensitive about the combination of the two: party history. According to the announcement of the 10 irrefutable events, “Online rumors involving party history severely pollute the ecology of the internet, mislead the public, and damage the party’s image.”

Even still, the 10 isolated events, posed in question form by the China Digital Times, appear laughably trivial: Was Hu Qiaomu, Mao Zedong’s secretary, the real author of a poem by Mao, “Snow—to the Tune of Spring in Qin Garden”? Was Mao Anying, Mao Zedong’s son, martyred because he gave his position away while making egg fried rice? Was the Long March less than 25,000 li (7,767 miles)? Did the party center unseal Deng Yingchao’s diary to research its own history?

That diary, which belonged to former Chinese Premier Zhou Enlai’s wife Deng Yingchao, reportedly includes suggestions that Zhou regretted supporting Mao’s policies. This rumor about the potential misgivings one long-dead former Chinese leader had about another was important enough to be the subject of an article released in 2018 by the Party Literature Research Center.

The article attempts to debunk the original allegations of Zhou’s opposition to Mao, arguing, “This kind of deliberate misrepresentation, this concocted story, recklessly slanders and damages the reputations of our leaders. It’s not just flawed history; it’s deranged history.”

This alleged intentional disparagement of CCP leaders will not go unpunished. The post concludes: “We should look into establishing responsibility for investigating [instances of historical nihilism] and punishing offenders, so we can regroup and come back even stronger.”

In the aftermath of a controversy concerning some key CCP “martyrs,” the Politburo Standing Committee passed the “Heroes and Martyrs Protection Act” in 2018. According to the official story, the Five Martyrs of Langya Mountain in 1941 fooled and then fought off the Japanese Army as civilians escaped.

Then, when they had exhausted their options, they jumped off a cliff in a heroic show of bravery and defiance. Descendants of these martyrs sued Hong Zhenkui, who wrote based on his research in an academic paper that the men had slipped, rather than jumped, off the cliff. He was found guilty on the basis that the stories of heroes and martyrs are the Chinese nation’s “common historical memory” and “the reputation and honor of heroes and martyrs are protected by law.”

As the Chinese government continues to invest in advanced technologies that diminish private spaces, the degree of monitoring Chinese citizens face is likely to rise. In such a society, history becomes another risk—undiscussable unless and until it adheres to the party line.