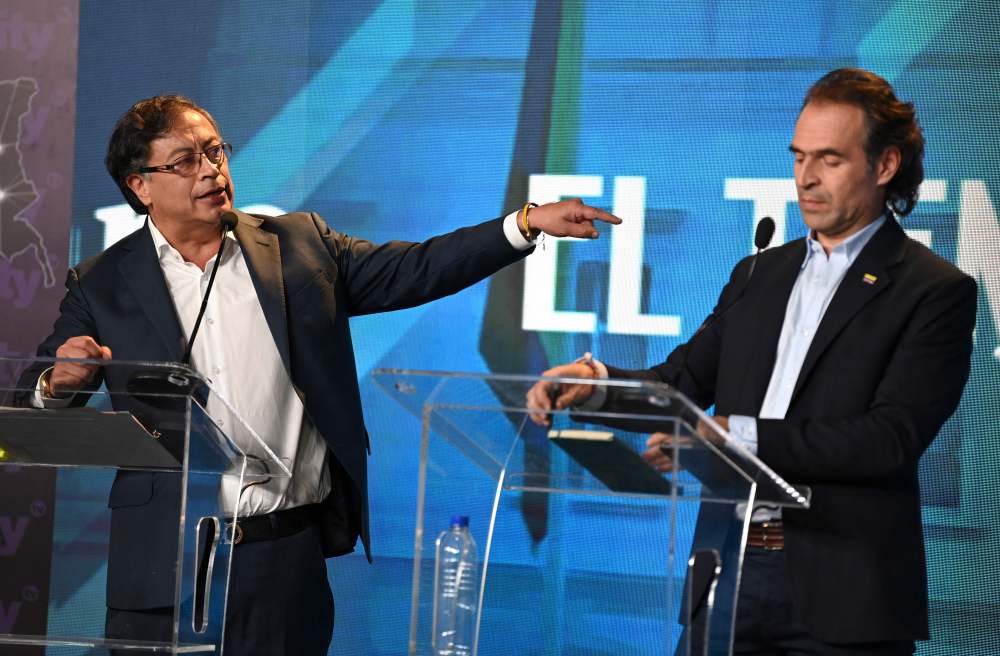 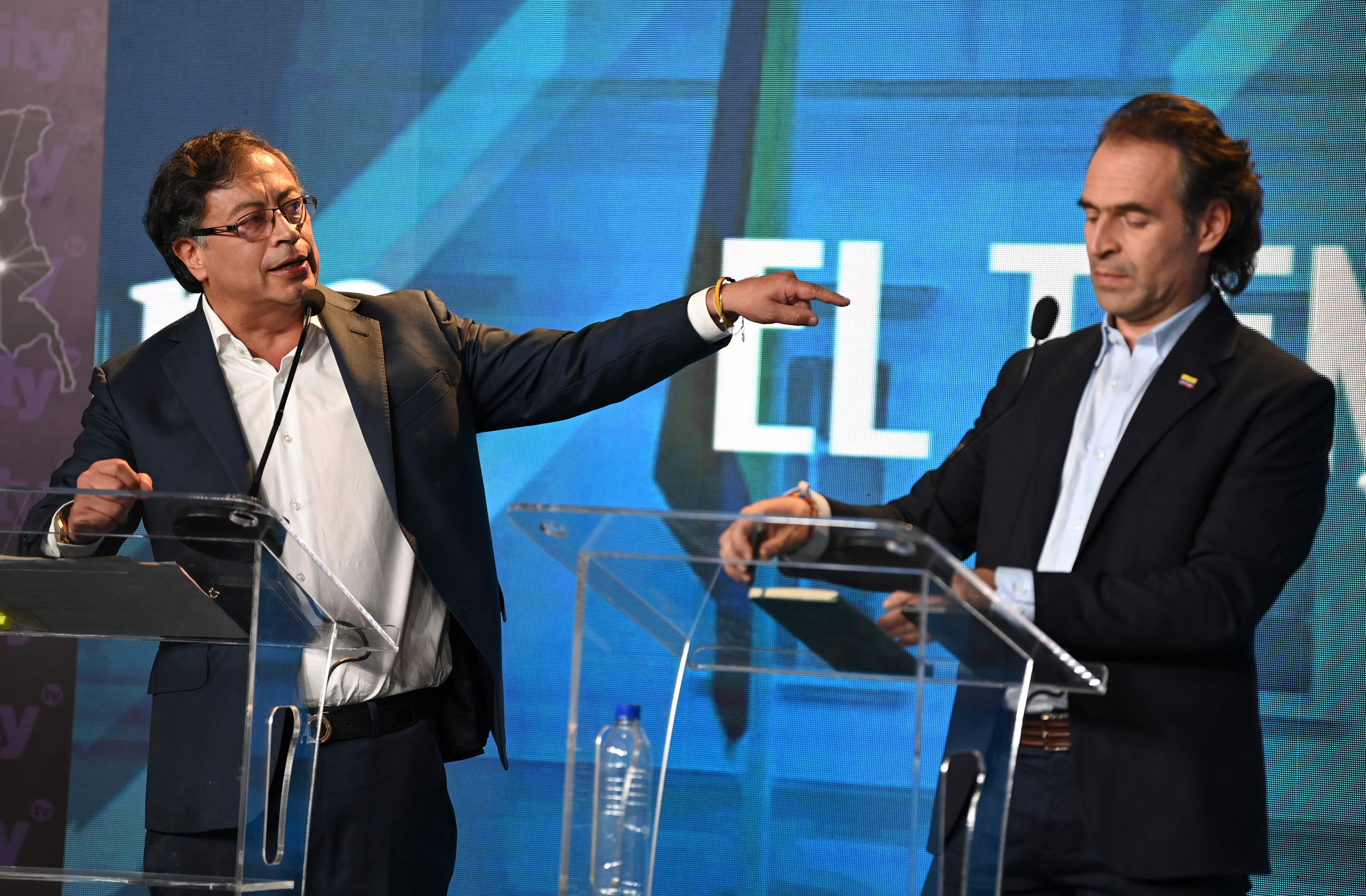 Welcome to today’s Morning Brief, looking at Colombia’s presidential vote, U.S.-Finland talks, and more news worth following from around the world.

Reader note: Morning Brief will not publish on Monday, May 30 in observance of Memorial Day in the United States. Regular service resumes on Tuesday, May 31.

Welcome to today’s Morning Brief, looking at Colombia’s presidential vote, U.S.-Finland talks, and more news worth following from around the world.

Reader note: Morning Brief will not publish on Monday, May 30 in observance of Memorial Day in the United States. Regular service resumes on Tuesday, May 31.

Colombians enter the final days of a presidential election campaign that could deliver the first left-wing leader in the country’s history.

Gustavo Petro, a former leftist guerilla, mayor of Bogotá, and now a senator, is the favorite to replace the term-limited—and deeply unpopular—Iván Duque, whose four years in power were indelibly marked by widespread protests in 2021 at rampant inequality and poverty in the country.

If Petro wins on Sunday with less than 50 percent of total votes, his likely challengers in a June 19 runoff include Federico Gutiérrez, a member of Duque’s conservative faction and Rodolfo Hernández Suárez, another former mayor whose support has surged in recent weeks.

Petro is promising historic change to go along with any historic victory. He has promised to end new oil exploration in a climate-centered policy approach and a provide a raft of new social programs including universal healthcare and a universal basic income.

Crucially for the world’s number one cocaine exporter, Petro has also pledged to end the U.S. backed war on drugs, legalize the drug trade, and encourage the substitution of coca crops with cannabis.

In another rebuke of the United States, he has questioned the value of extradition as a deterrent, his comments coming soon after the United States extradited the leader of a notorious drug cartel in May.

“Extradition: it merits a discussion–a review of the figures–to see if what’s been done for 40 years has worked or not; if a million dead Latin Americans–the majority Colombians and Mexicans–has been worth it,” Petro told a local magazine earlier this month.

With Petro’s plans coming up against powerful interests both in and out of government, he and his supporters have received several death threats.

In a country where four presidential candidates have been assassinated over the past four decades, Petro has been taking no chances and has been flanked by ballistic shields in recent campaign appearances. His running mate, Francia Márquez, who could become the country’s first Black vice president, has endured death threats for years for her environmental activism.

As FP’s Maria Ximena Aragon wrote on Thursday (in an explainer worth reading in full), one of the biggest foreign policy challenges facing the next president is likely to come next door in Venezuela. Some 1.8 million Venezuelans have already fled across the border, and any new leader must decide whether to restore diplomatic ties with the Maduro government—and risk alienating the United States in the process.

U.S.-Finland talks. U.S. Secretary of State Antony Blinken hosts Finnish Foreign Minister Pekka Haavisto at the end of a three-day Washington visit. Before his meeting and joint press conference with Blinken, Haavisto will deliver remarks at the Center for Strategic and International Studies.

Keep an Eye On

Monkeypox fears. Ahmed Ogwell Ouma, the acting director of the African Centers for Disease Control and Prevention, urged countries on Thursday not to follow the example of the COVID-19 pandemic and hoard monkeypox vaccines, as the viral illness, endemic in West Africa and usually mild, spreads outside the African continent.

His comments come on the heels of others from South African health officials, who said there was no need for a mass vaccination campaign.

The Americas Summit. Mexican President Andrés Manuel López Obrador is to decide today whether to attend the Summit of the Americas in Los Angeles in June, after previously voicing his concern over the exclusion of leaders unfriendly to the United States.

On Thursday, U.S. officials confirmed that it was not inviting representatives from Venezuela or Nicaragua, while still holding the door open for Cuba—despite President Miguel Díaz-Canel already dismissing the summit.

U.N. China tour wraps. On Saturday, U.N. human rights chief Michelle Bachelet will take questions from the media at the conclusion of her six-day trip to China, which included stops in Xinjiang, home to the majority of the country’s Uyghur population.

Bachelet’s remarks will be watched closely after the United States and other countries criticized the trip as closely stage managed and not allowing for a true account of China’s alleged rights abuses.

Khan’s ultimatum. Former Pakistani Prime Minister Imran Khan has given his successor Shehbaz Sharif six days to announce fresh elections, threatening to lead a march on the capital Islamabad if the demand isn’t met. Khan disbanded a mass protest by his supporters on Thursday, but not before hundreds were detained by police as they clashed with security forces outside parliament.

That’s it for today

For more from FP, visit foreignpolicy.com, subscribe here, or sign up for our other newsletters. If you have tips, comments, questions, or corrections you can reply to this email.