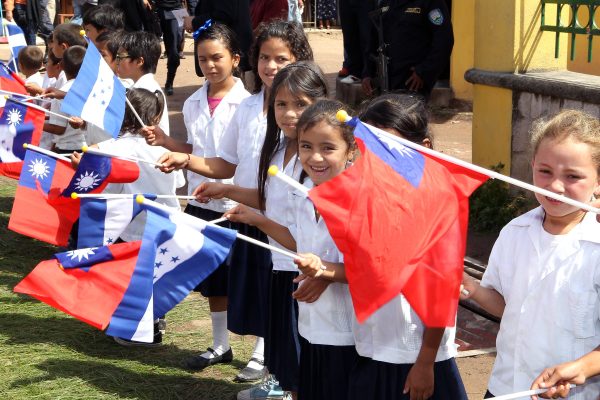 
The incoming Castro administration in Honduras invited Taiwanese President Tsai Ing-wen to visit for the presidential inauguration earlier this month. This seems to be an about-face for the Castro administration, which had suggested during campaigning that it would switch recognition from the Republic of China (ROC), the name by which Taiwan is officially known, to the People’s Republic of China (PRC).

The inauguration will take place on January 27. It was later announced that Vice President William Lai would be attending in Tsai’s stead.

Xiomara Castro of the Liberty and Refoundation Party defeated Nasry Asfura of the incumbent National Party in Honduran elections that were held last year on November 28. Castro was generally expected to win ahead of time.

Castro is Honduras’ first female president. At the same time, Castro is married to former Honduran President Manuel Zelaya, who steered Honduras away from the US toward alignment with then-Venezuelan president Hugo Chavez when he held power from 2006 to 2009, before being ousted by a military coup. Castro was seen as a leftist candidate similar to her husband.

Castro’s election victory put the Tsai administration in an uncomfortable position. Despite widespread international criticisms of electoral fraud during the December 2017 elections, which resulted in a second term for Juan Orlando Hernandez of the National Party, the Tsai administration congratulated Hernandez on an election win. This was probably due to the fact that Hernandez’s National Party would maintain recognition of the ROC, while his opponent, Salvador Nasralla, would not.

Nasralla’s running mate in 2017 was Castro.

In a tweet on Hernandez’s victory at the time, Tsai cited that he was the first president to congratulate her on her 2016 win. Tsai then began her 2017 visit to Central America by visiting Honduras, further driving home close relations with the Hernandez administration.

Shortly before elections took place in Honduras in November, Hernandez was surprised by making a three-day visit to Taiwan. He claimed that the purpose of the visit was to secure financing of a mega-port project on Tiger Island in Honduras. However, many read the visit as an attempt to shore up relations between Honduras and Taiwan before the elections, or as intended to electorally benefit Hernandez by reiterating his ties with Taiwan.

Nevertheless, Castro himself surprised shortly after the elections, by responding to a tweet by Tsai congratulating her on her victory. Likewise, members of her administration suggested that Castro’s position on switching recognition from the ROC to PRC was not set in stone, and that there would be no change in status.

Castro’s shift in position may have been driven by the desire to avoid upsetting the United States, at a time in which strengthening relations between the US and Taiwan have seen high-profile diplomatic visits under both the Trump and succeeding Biden administrations. Though the US does not recognize Taiwan, Washington has suggested that it may take measures against countries that switch recognition to the PRC through the Taiwan Allies International Protection and Enhancement Initiative (TAIPEI) Act, which was enacted in 2020.

Nasralla notably backed down from challenging Hernandez over the 2017 election after the United States indicated support for the incumbent president, something illustrative of US pressure on Honduras. Castro may be similarly cautious.

Taiwan has 14 diplomatic allies, which are mostly Latin American and Caribbean countries. Although the Chinese government in Beijing had refrained from poaching diplomatic allies of Taiwan when the KMT was in power, that changed when Tsai Ing-wen and the DPP came to power in 2016. Since then, Beijing has sought to pry away Taipei’s remaining diplomatic allies. in order to reduce Taiwan’s international space. Most recently, Taiwan lost a diplomatic ally when Nicaragua severed diplomatic relations in December.

Notably, Taiwan is larger in terms of the size of its population and economy than all of its diplomatic allies. It primarily retains relations with its partners so that they can call for Taiwan’s inclusion in international organizations from which Taiwan is excluded. In return, Taiwan subsidizes infrastructure development projects, provides medical aid, educational opportunities, and other forms of assistance.

Nevertheless, Taiwan has also faced allegations of “dollar diplomacy,” particularly regarding regarding paying off politicians in countries it has relations with for their advocacy of maintaining ties with Taiwan. Likewise, many of the governments that Taiwan maintains relations with have questionable human rights records.

Tsai likely decided to refrain from traveling to Honduras for the inauguration due to concerns stemming from the Omicron variant of COVID-19. As Lai is considered a contender for the DPP’s presidential candidate in the 2024 elections, the visit could serve to raise his international profile.

It remains to be seen whether Lai’s trip will include any stopovers or other visits. Taiwanese government officials sometimes transit through the United States while ostensibly on the way to visit diplomatic allies in lieu of formal diplomatic visits to the US A recent tour of Europe by Foreign Minister Joseph Wu included some stops that were announced only during the trip.

Speculation has turned to the fact that US Vice President Kamala Harris will also be in attendance at the inauguration, raising the possibility of interaction between Lai and Harris.

Either way, the issue will be politicized in domestic politics. The KMT has sought to use China’s successful poaching of Taiwan’s diplomatic allies as grounds to attack the Tsai administration for what it claims are foreign policy failures, something that may motivate Tsai to play up the invite from Honduras. 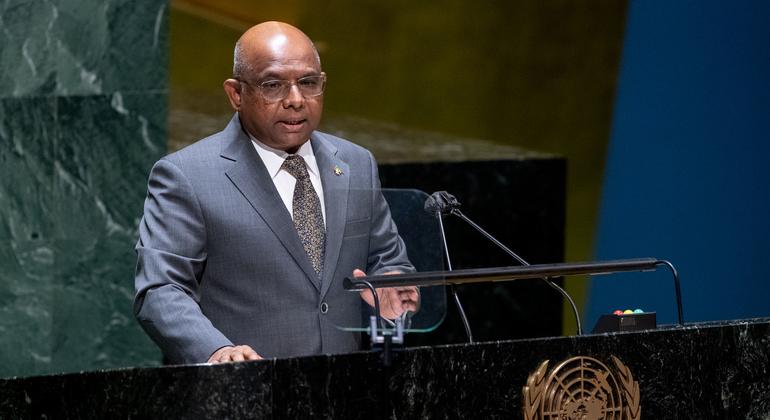