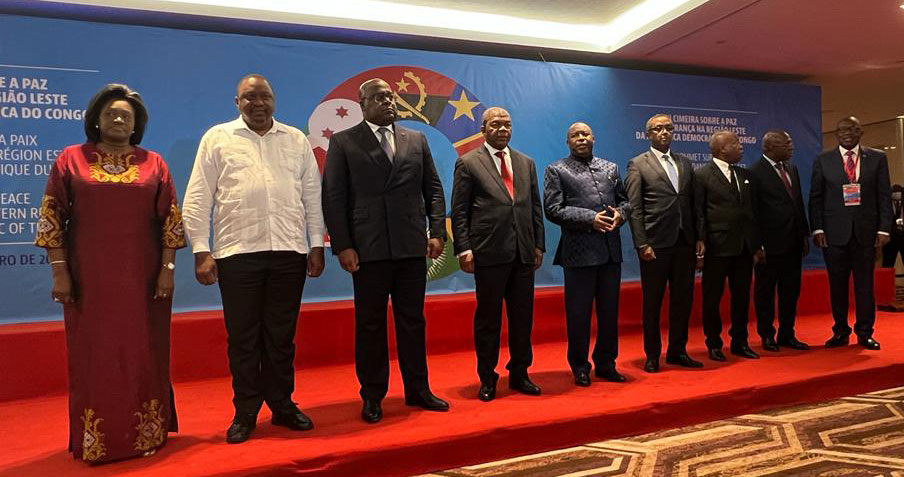 Leaders in the East African region on Wednesday stepped up efforts to stem continuing violence in the Democratic Republic of Congo, calling on rebel group M23 to stop attacks, withdraw from conquered territories and offer a chance for talks.

And once they retreated, a mini-summit in Luanda, Angola, directed that a Kenyan contingent of the East African Community Regional Force (EACRF) be deployed to guard the installations and protect civilians from harm. .

The ultimatum came from the first joint mini-summit between the East African Community and the International Conference on the Great Lakes Region (ICGLR) in Luanda, specifically seeking to deal with the Congo crisis.

After a meeting chaired by President João Lourenco, the appointed mediator of the African Union, the leaders urged the M23 to “cease fire and withdraw from the occupied territories”.

In Luanda, the leaders agreed to disarm the M23 and set up encampments on Congolese territory under the control of the FARDC, the Regional Force and the Ad Hoc Verification Mechanism, in cooperation with MONUSCO.

“During the withdrawal and return to their initial positions of M23, Kenya will deploy its troops in Goma, then Bangana, Rutshuru, Kiwandja,” the mini summit communique said. Rutshuru.

He called on foreign armed groups operating on Congolese soil, in particular FDLR-FOCA, RED TABARA, ADF and others, to immediately lay down their arms and make unconditional repatriations.

He specifically asked for “the cessation of hostilities in general, and in particular, the attacks carried out by the M23 against FARDC and Monusco at 6 pm on Friday 25 November”, referring to the UN peacekeeping mission in the DRC, according to the release. stated in.

“If the M23 refuse to leave and liberate all the territories they currently occupy, the Head of State of the East African Community will instruct the Regional Force to use force to bring them into submission. “

They gathered in Luanda “to establish a timetable for the implementation of priority tasks, including the cessation of hostilities and the immediate withdrawal of the M23 from occupied Congolese territories, and to coordinate the Luanda and Nairobi procedures”.

Angolan leaders have been using what is called the Luanda Track to iron out differences between Rwanda and the DRC, accusing Kigali of supporting the M23 rebels. But the Luanda track has now been merged with the Nairobi process, which has been pushed by the EAC to engage armed groups in the DRC to lay down their arms.

Rwanda was represented by Foreign Minister Vincent Biruta. Michel Ndiye, Special Representative of the President of the African Union Commission and Head of the African Union Liaison Office in the DRC, Joao Samuel Kaholo, Executive Secretary of the ICGLR, and Lieutenant-General Nason Joao, Commander of the Ad Hoc Verification Mechanism, also attended the meeting as guests. ,

The meeting comes nearly a week after President Paul Kagame promised facilitator Uhuru Kenyatta that he would help prevail on the M23 to stop the fighting, even though Rwanda refused to support the group.

And it came in the form of fighting between M23 rebels and the FARDC (Army of the Congo) in North Kivu in the east of the country.

M23 has called for “direct dialogue” with Kinshasa, but on Tuesday vowed to fight to protect its people from what the FARDC called a ‘genocide’. Kinshasa, on its part, rejects the idea of ​​negotiating with the rebels unless they “withdraw from their positions and lay down their arms”.

According to the US, an end to violence in eastern DRC is only possible if “M23 ceases its aggression, Rwanda ends its support for M23, and all parties reject hate speech and adhere to peace and reconciliation commitments”.

Last week, the UN Security Council, during a tour of the region last week, called for “an immediate end to all forms of violence from all armed groups….and condemned the resumption of attacks by the M23.” But in a statement, the rebels accused the Congolese government of “completely ignoring the international community’s calls for dialogue through daily attacks”. 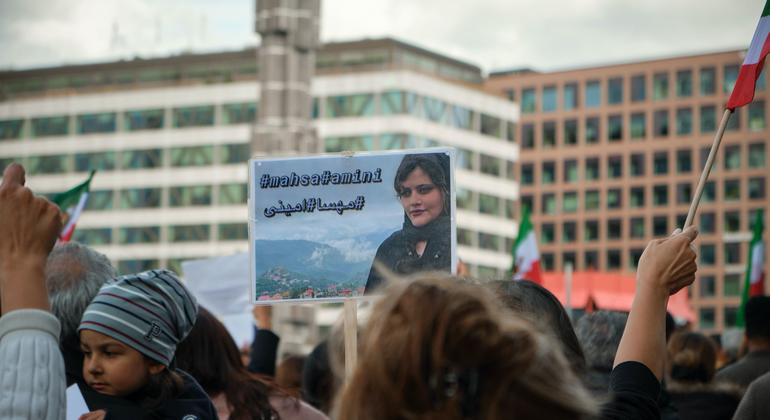