BERLIN — German Chancellor Olaf Scholz is set to announce the delivery of German Leopard 2 tanks to Ukraine on Wednesday, two officials with knowledge of the matter told POLITICO.

That decision is a significant U-turn and potentially a decisive moment in the war as it should pave the way for a broader coalition of countries to send battle tanks to the frontlines against the Russian invaders. As Leopard 2 tanks are made in Germany, Berlin has to give its permission for their re-export.

Berlin has long resisted sending the Leopard 2s, wanting Washington to take the first step in sending heavy armor. That kind of joint action finally appeared to be imminent on Tuesday, with two U.S. officials saying the administration of President Joe Biden was leaning toward sending “a significant number” of M1 Abrams tanks to Ukraine. An announcement on the U.S. tanks could come as early as this week.

Scholz’s announcement is expected to be made official on Wednesday in an address to the German parliament at 1 p.m. According to one of the officials, Germany will also confirm that it will allow other countries such as Poland to send their Leopard tanks to Ukraine. Warsaw on Tuesday said it submitted a long-awaited official request to re-export its Leopards.

Leading lawmakers from the two coalition partners of Scholz’s Social Democratic Party, the Greens and the Free Democratic Party (FDP), welcomed the volte-face by the chancellor.

The FDP’s Marie-Agnes Strack-Zimmermann told POLITICO that “the decision was tough and took far too long” but had ultimately become “inevitable.”

“That Germany is allowing its partner countries to deliver the Leopard 2 tanks and is also delivering its own tanks is redemptive news for the battered and brave Ukrainian people.”

Strack-Zimmermann, who chairs the German parliament’s defense committee, added that Scholz’s decision “signifies an important step in pushing back Russia’s brutal assault on an innocent people. With the very substantial assistance that Germany has already provided in recent months and will continue to provide with its partner, a decisive step has been taken today on the road back to peace and freedom.”

The Greens’ Anton Hofreiter, the chair of the German parliament’s European Affairs Committee, said that “the decision to support Ukraine with Leopard 2 is the right one.”

Still, he also complained “it would have been better for Germany’s international reputation to decide more quickly. In particular, many countries in Europe were annoyed to make the delivery dependent on the United States. But better late than never. Putin will only be ready to negotiate seriously when he realizes that he cannot win the war even in the long run.”

German magazine Spiegel also reported Tuesday evening that the chancellor had decided to supply Ukraine with Leopard tanks, saying that Germany would send “at least one company of Leopard 2A6s” as part of a broader coalition of countries that would also send the German-made vehicle. A company usually consists of 14 tanks.

Ukraine had pressed hard for Germany to agree to send tanks at a meeting of defense ministers at the U.S. Ramstein air base in Germany on Friday, but German Defense Minister Boris Pistorius dashed Kyiv’s hopes, saying no decision had been made.

Officials in Berlin say, however, that Pistorius, who was only appointed last week, had been actively pushing in the background to achieve a breakthrough on the tank delivery.

Previous post 24, 24 January 2023, Press Release Regarding the Attack Targeting the Holy Quran in the Netherlands / Republic of Türkiye Ministry of Foreign Affairs 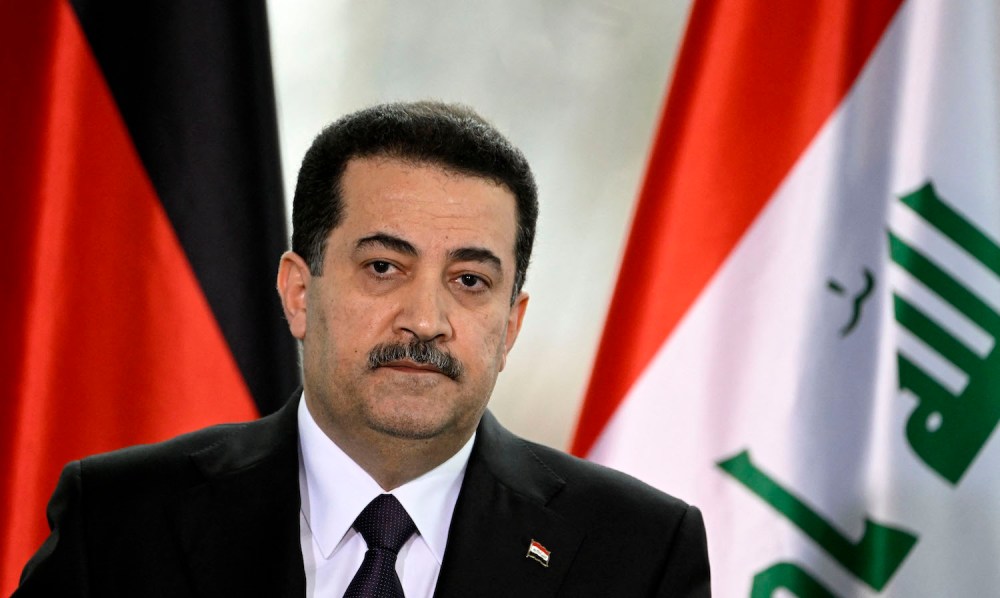 Next post ‘They Have to Balance’: New Iraqi Leader Tilts the Scales Toward U.S.