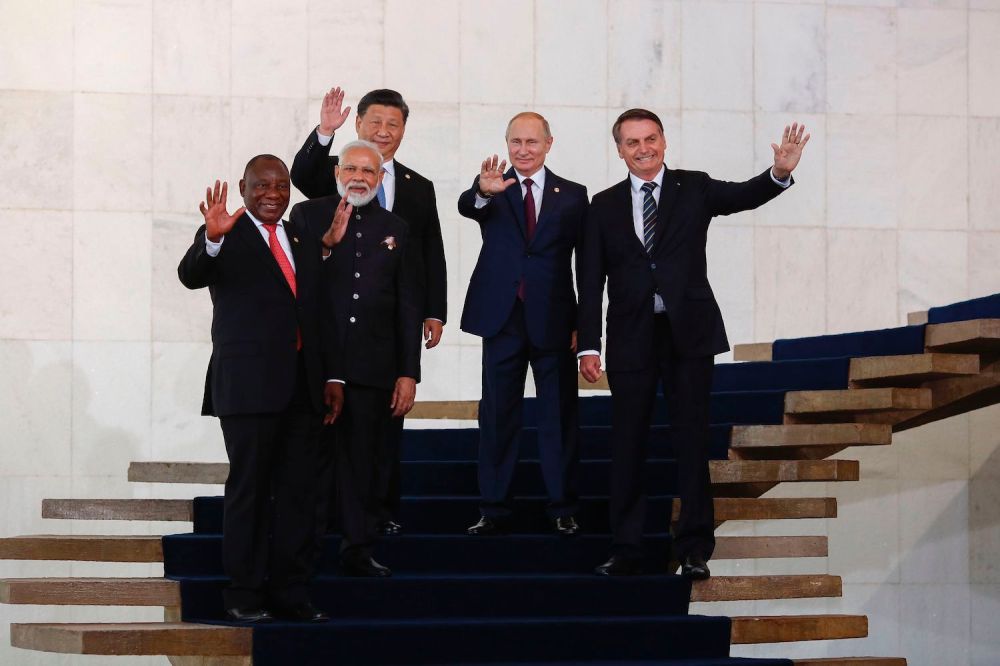 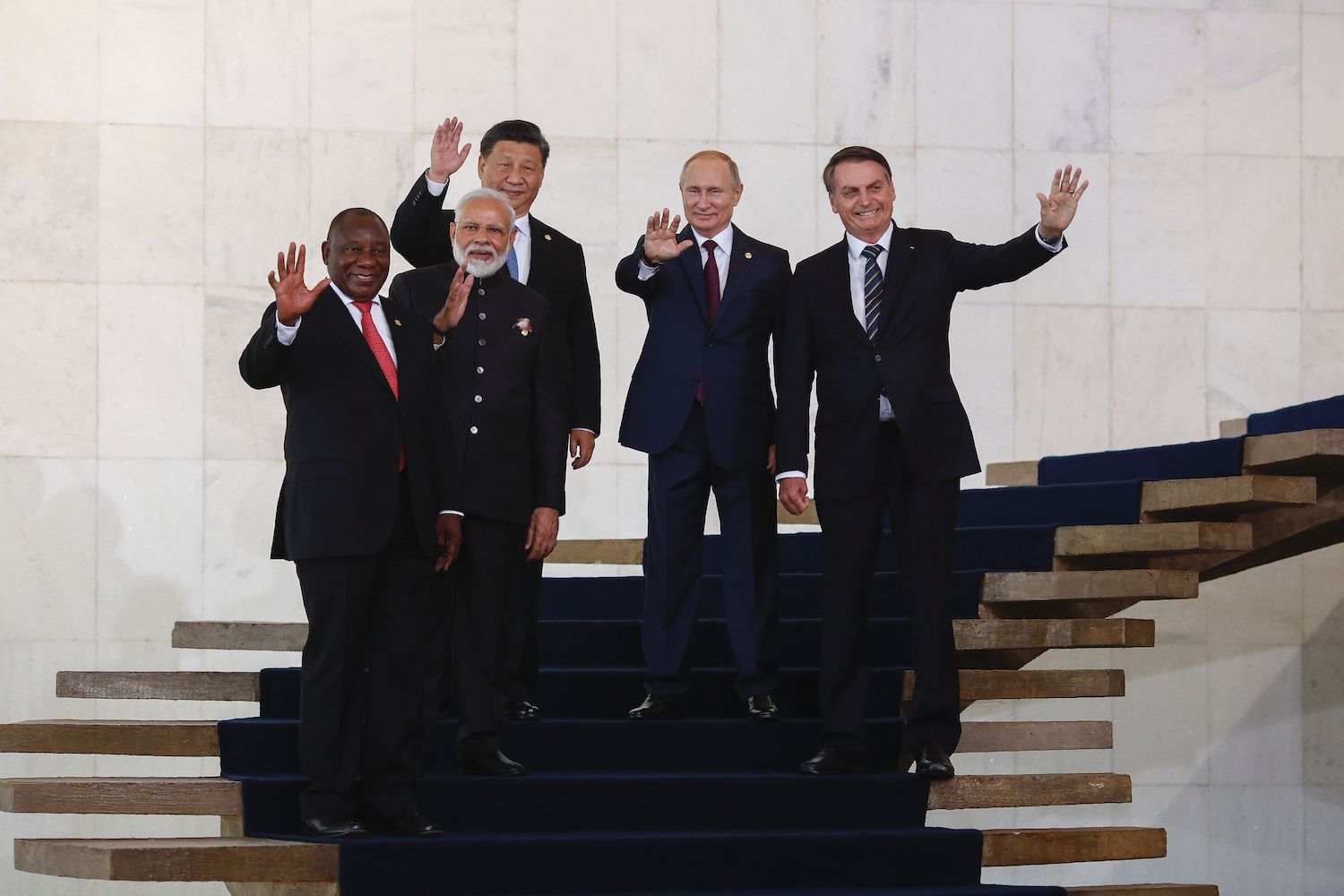 Welcome to today’s Morning Brief, looking at the BRICS summit, the EU leaders summit, the aftermath of Afghanistan’s deadly earthquake, and more news worth following from around the world.

Welcome to today’s Morning Brief, looking at the BRICS summit, the EU leaders summit, the aftermath of Afghanistan’s deadly earthquake, and more news worth following from around the world.

The leaders of Brazil, Russia, India, China, and South Africa meet virtually today for a summit of BRICS nations. As well as a chance to discuss economic strategies outside a Western-dominated system, the meeting once again shows that, although Russia is isolated from the West, for the rest of the world it is still very much open for business.

Russian President Vladimir Putin joins the gathering today at a time when his country has become China’s largest crude oil supplier—a position usually enjoyed by Saudi Arabia. He will hold talks with a group of leaders who have so far tempered any criticism of the war in Ukraine.

Indeed Xi Jinping, in his address to the BRICS Business forum on Wednesday, appeared to lay the blame on Ukraine for Russia’s invasion, calling it a “wake up call” and a reminder that “attempts to expand military alliances and seek one’s own security at the expense of others will only land oneself in a security dilemma.”

Addressing the same forum, Putin was bullish on the economic opportunities presented by the group, touting negotiations on opening Indian chain stores in Russia, increasing Chinese industrial imports and “reorienting trade flows” to BRICS nations. According to Putin, trade with the group increased by 38 percent in the first quarter of 2022.

He added that the BRICS group could soon go a step further by challenging the U.S. dollar, creating its own international reserve currency based on the “basket of currencies of our countries.”

India’s options. For India, also a member of the Quad—along with Australia, Japan, and the United States—it faces a challenge to keep up its balancing act between East and West.

“India lives in a rough neighborhood and has been able to stick by its non-aligned policy to ensure its strategic autonomy by essentially engaging with everybody, and they’ve done a pretty good job of that,” Derek Grossman, a senior defense analyst at the RAND Corporation, told Foreign Policy. “But as great power competition continues to heat up, not just between the U.S. and China, but now the U.S. and Russia, it’s going to be increasingly difficult and delicate to maintain that balance.”

Indian officials aren’t naïve about their position, and are reportedly working to block any attempts to insert anti-U.S. messaging into the BRICS joint statement as well as slow any attempts to expand the grouping.

That the BRICS grouping is not known as a particularly effective combination may work in India’s favor. “I think that India can make a gamble, which I think is pretty safe, and it can essentially, pledge full support for everything BRICS is doing to show that it’s a loyal member of the group, while at the same time betting on the strong likelihood that BRICS won’t be able to move the needle forward on a lot of the issues and plans that are discussed,” said Michael Kugelman, an Asia expert at the Wilson Center and author of FP’s South Asia Brief. “That would then spare India from having to make awkward decisions about how far to go and pursue policies within BRICS that could put it at odds with the West.”

India is in high demand in a busy few weeks for Prime Minister Narendra Modi. He travels to Germany over the weekend to attend the G-7 summit and in July he joins another new grouping (and acronym) I2-U2, with the leaders of Israel, the United Arab Emirates, and the United States.

Afghanistan’s earthquake. The death toll from a magnitude 6.1 earthquake in southeastern Afghanistan on Wednesday, currently estimated to be 1,000 people, is expected to rise today as rescue workers reach affected areas. The Taliban government has pleaded for international support in the wake of the disaster, the worst earthquake the country has experienced in 20 years. U.N. Secretary-General António Guterres said U.N. agencies were “fully mobilized” to assist with disaster response.

Bulgaria’s no-confidence vote. Bulgaria’s ruling coalition collapsed Wednesday after a 123-116 vote against the government of pro-EU and pro-NATO prime minister Kiril Petkov. The president, Rumen Radev, is required to call elections within two months. As Edward P. Joseph argued yesterday in Foreign Policy, the fall of Petkov’s government opens the door for pro-Russian politicians like Radev.

Washington can weaken the Kremlin loyalists, Joseph argues, by affirming neighboring North Macedonia’s identity as a nation: “The key is to turn the very issue that Radev has been exploiting—frenzied nationalism against neighboring Macedonians—into an instant and lasting political liability.”

The EU leaders summit.  EU heads of state and government gather today in Brussels for a two-day leaders summit, which will include meetings with prospective EU members from Balkan nations. Another possible addition to the EU roster, Ukraine, dominated conversation at the summit. All 27 nations appear poised to approve accepting the country as a candidate for membership.

Biden’s gas tax holiday. U.S. President Joe Biden has proposed temporarily suspending a federal tax on gasoline in order to bring down prices at the pump, a move that’s already been criticized by members of Congress, meaning it’s unlikely to pass. The United Kingdom has tried a different tack on the oil supply crunch—a windfall tax on oil company profits. Such a move is also under consideration by the White House and Congressional Democrats.

Testing the Tories. Britain’s ruling Conservative Party is facing strong challenges in two parliamentary by-elections today. The votes are considered another test of Prime Minister Boris Johnson’s grip on leadership following a failed no-confidence vote last month. The two constituencies up for grabs represent different challenges for Conservative appeal. Tiverton and Honiton—a safe Tory seat for almost a century—is now threatened by the Liberal Democrats. The other, Wakefield, was long a Labour stronghold and Conservatives won there for the first time in nine decades in 2019; it could flip back today. The result will have no effect on the balance of parliament, where Conservatives currently hold a 75-seat majority.

Ecuador protests. Ecuador’s government on Wednesday rejected negotiation conditions brought by Indigenous protesters, whose demonstrations have brought the capital, Quito, to a standstill. The protests, now into their eleventh day, have forced President Guillermo Lasso to institute a state of emergency and have also led to a U.S. travel warning. The Confederation of Indigenous Nationalities of Ecuador—the group behind the protests—is calling for lower fuel prices, food price controls, and the renegotiation of family loans.

A Chinese property developer is willing to take a down payment in wheat in lieu of cash as part of a promotion in Henan province to encourage real estate sales in a slumping market. Central China Management Company, the business responsible for the offer, has seen its sales plummet almost 50 percent this year. A sales agent contacted by Reuters said the promotion was aimed at local farmers in the region, and would run until July 10.