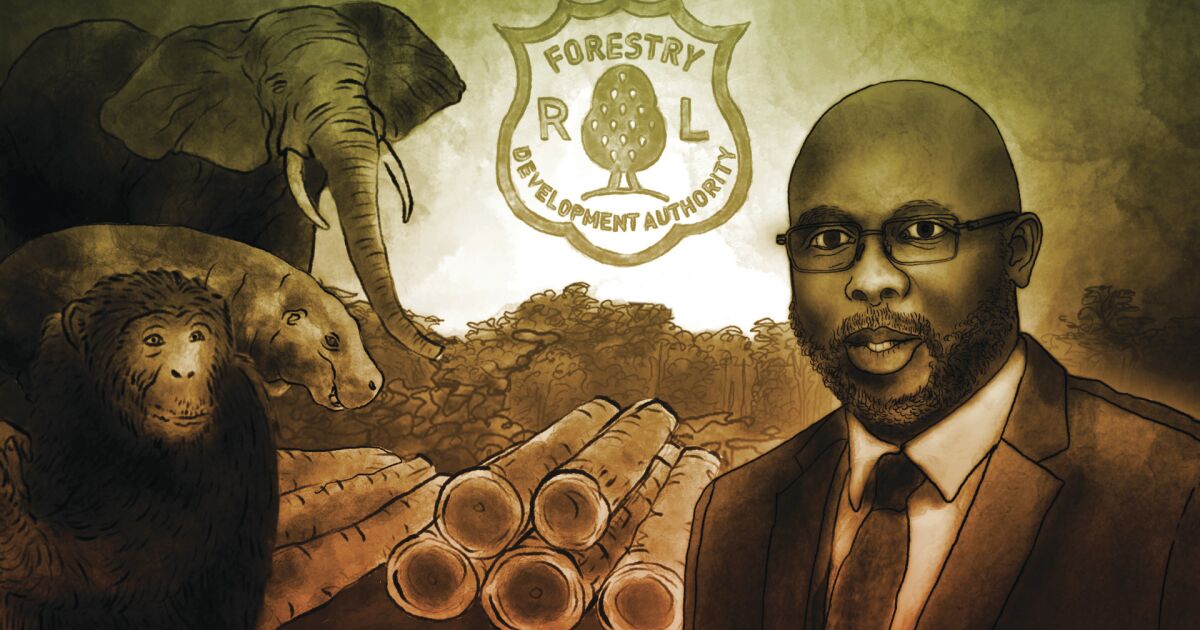 An independent investigation into logging in the Liberian rainforest found illegal operations “on a significant scale” by the government agency charged with protecting those forests, according to a copy of the report obtained by The Associated Press.

The report was completed in 2020 but has never been made public despite calls by activists to publish its findings, which included a recommendation President George Weah Order a special inquiry into what went wrong.

Four sources familiar with the report said Weh, who was appointed head of the forestry agency, has ignored repeated calls from the ambassadors of the European Union, the United States and the United Kingdom to act in response to the report. The sources spoke on condition of anonymity to discuss private conversations without fear of retribution.

In a phone interview with the AP on Tuesday, Weah denied that he had been repeatedly apprised of problems monitoring Liberia’s rainforests. But later in the interview, he acknowledged receiving a letter of concern from the ambassadors of the European Union and Britain and said he had held a meeting on the issue.

“Every letter that came in, I organized a meeting,” he said.

Liberia It is the most forested country in West Africa, with rainforests covering about two-thirds of the small nation. It is home to endangered forest elephants, pygmy hippos and western chimpanzees. Since 2000, about 22% of the country’s tree cover has been lost to deforestation, mainly due to pressure from logging and small farms.

Following the illegal logging of $3 million in tropical hardwoods in Grand Bassa County by a company called Renaissance Group Inc. in 2018, Liberia’s Ministry of Justice launched a forensic investigation by international experts. The investigation included the role played by Liberia’s forest agency, the Forestry Development Authority.

Investigators highlighted five illegalities by the FDA, which is partially funded by the United States, the European Union and the United Kingdom. According to the report, a “major failure” was the “persistent tendency” of its management to make “illegal judgments in assessing the seriousness of crimes”.

The FDA’s managing director, Mike Doreen, was appointed by Weh, a former top professional soccer player before entering politics. Under Dorian, the agency authorized illegal timber exports, “apparently circumventing regulations,” investigators found. The extension of the concession – the right to use the land – was “arbitrary” and “illegal”. In a “highly irregular” transaction, the payment was made to an unusual FDA bank account, according to the report.

When alarm over the environmental destruction came to light, the FDA fined Renaissance only $5,000, “a tiny fraction” of the amount the company obtained through illegal activity. Although it was raised to $105,000 after criticism from a Swiss monitor, the true fine would have been a fine of $1.85 million and a possible prison sentence under a 2006 law aimed at maintaining Liberia’s forests, investigators said. Even after Renaissance acknowledged illegal logging, Dorian approved more export permits, which was a “gross breach of duty”.

Dorian did not respond to AP requests for comment. But a written response from the FDA to the EU last November blamed problems on “past challenges,” insisting that no illegal logging rights had been granted. The FDA has taken corrective action on several incidents of illegal harvesting, it said, and two FDA technical managers have been fired for complacency.

The report urged the creation of a special presidential committee so that FDA management could “explain its actions.” There is no evidence that such a committee has been initiated, and it was not on the list of active presidential committees in the last five years as of July 2022. Weah and his press secretary Smith Toby both declined to say whether any had been made since then.

Four official sources familiar with the matter told the AP that Liberia has evaded diplomatic pressure for more than 18 months to address problems in rainforest inspections. In July 2021, the ambassadors of the European Union and the UK wrote a letter to Liberia’s Minister of Presidential Affairs calling for the prosecution of perpetrators working for the company or the government and a ban on reconnaissance. No reply received till March 2022 and no action has been taken on them. The EU letter also calls for the restoration of the rule of law in Liberia’s forestry sector.

Official sources said Weh was accompanied by an EU commissioner during an African Union summit last February and again in September at a Monrovia meeting attended by several diplomats. In each case, Weh said he knew nothing about the investigation, official sources said.

Weh told the AP that his claim that he had been repeatedly apprised of donor countries’ concerns was “nonsense”.

When asked why Doreen was still leading the FDA despite the report’s findings, he said, “If someone is offended, the law has to take its course.”

In an interview, the European Union’s ambassador to Liberia, Laurent Delhaus, declined to criticize Weah directly. But he said the EU wanted assurances that illegal logging would end, and that government bodies would operate to the highest ethical and legal standards.

“It is a condition for us to be able to invest European taxpayers’ money in this sector,” Delhaus said.

Gemma Tillack of the non-profit Rainforest Action Network said by email that such illegal logging, and lax oversight, were “all too common” and “sadly tolerated” by governments.

He said more investment is needed to tackle this malpractice, which is destroying precious rainforests.

Associated Press climate and environment coverage is supported by a number of private foundations. See more about AP’s climate initiative Here. AP is solely responsible for all content. 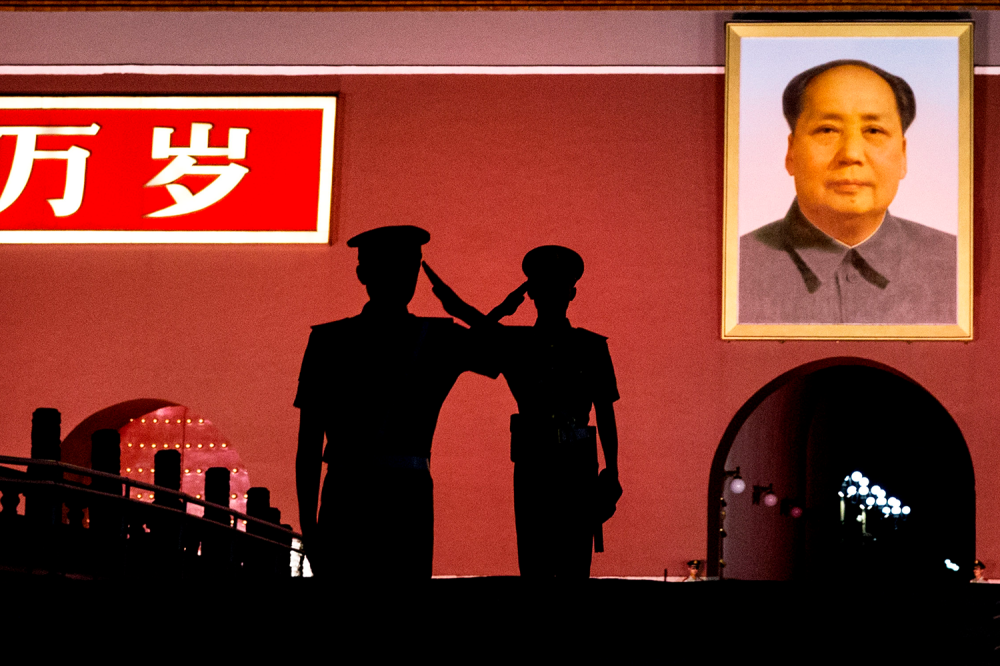 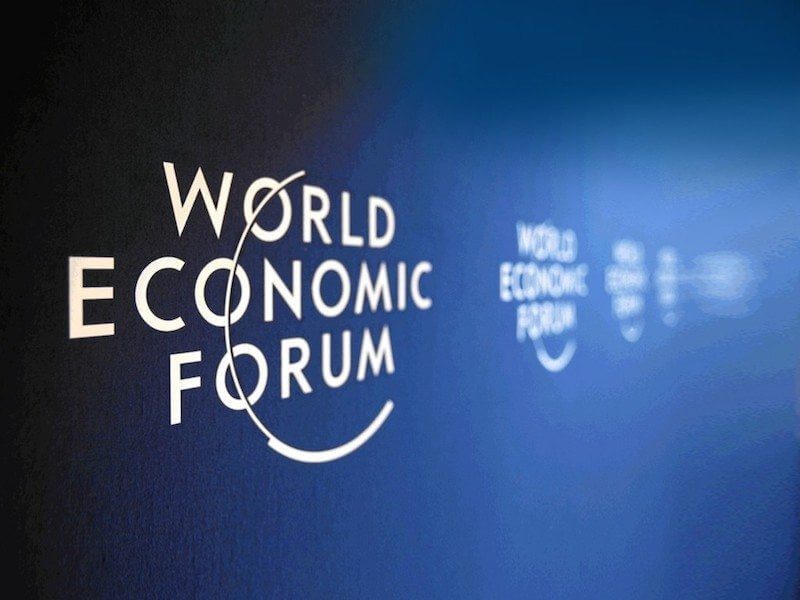 Next post Beyond the Davos World Economic Forum summit 2023