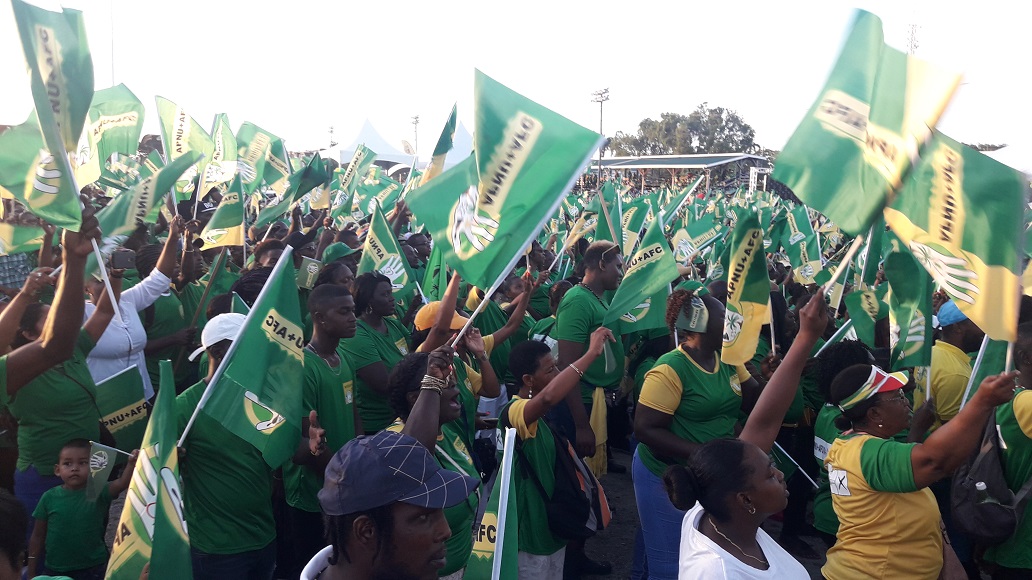 Opposition leader Aubrey Norton and Alliance for Change (AFC) leader Khemraj Ramjattan are among a number of prominent politicians, trade unions and community activists in Guyana and the Diaspora calling for international arbitration to address alleged discrimination against African Guyanese and opposition. are doing. Running the People’s Progressive Party (PPP).

“We, the undersigned, hereby call upon the Government of the United States of America, the US Congress and the Congressional Black Caucus, the CARICOM Heads of Government, the ABCE countries, the United Nations, the Commonwealth, the Organization of American States, the African Union, and all African Heads of Government. for) the volatile crisis of racism and corruption in Guyana. We propose an immediate Washington DC conference on the future of Guyana so that the matters set forth here can air and be resolved.’ The little-known Institute for Action Against Discrimination, Lelon Sault asked United States Vice President Kamala Harris to “effect the desired changes” in Guyana.

The government of Guyana has previously refused to hold political talks with the opposition unless it recognizes it as the legitimately elected government in March 2020 elections. The opposition continues to say that the PPP rigged its way into power through voter impersonation and other forms of rigging, allegations that the incumbent party denies and has called for evidence.

However, Prime Minister Mark Phillips has sought to dismiss the claims of discrimination and warned of civil unrest. He described Mr Saul’s request as the work of several “delusional” individuals. “Since the letter is addressed to the representative of the United States of America (US), one can only conclude that the author is under a delusion that using false claims would lead to US intrusion into the affairs of a democratic sovereign state like Guyana said Mr. Phillips.

The mostly Afro-Guyanese signatories argued that the PPP government opposes leveling the playing field by facilitating opportunities for equal access to resources for all citizens. Combat unemployment and reduce corruption. The call for an international dialogue on Guyana was needed, the signatories said, primarily because the India-Guyanese-backed People’s Progressive Party (PPP) refused to hold talks with Afro-Guyanese leaders on resolving deep-seated problems. Have given. “The PPP government has refused
Join with the collective leadership of African Guyanese and other communities as well as the parliamentary opposition to address these concerns and build a consensus agenda for inclusive governance and development of Guyana. They are a one-seat majority government, ruling like an apartheid dictatorship.

He alleged that the PPP violated the constitutional right of unions and collective bargaining by abusing police force against African Guyana and opponents, confiscating land, forcing the private sector not to advertise on media perceived as opponents, Was doing widespread discrimination. government, arrest and harassment of political talk show hosts and activists in Guyana and the Diaspora in clear violation of freedom of expression, use of the Cybercrime Act to prosecute and detain whistleblowers, extrajudicial killings, Haitians welcoming immigrants The expulsion and deportation of immigrants from Southern Asia, Cuba, China, and Venezuela, and discrimination in the allocation of cash grants to constituencies, mainly Indo-Guyanese.

The signatories said the discrimination amounted to lip-service to the racial unity agenda by President Irfan Ali. “President Irfan Ali valiantly attempts to sell the “One Guyana” mantra amid blatant injustice and racist, victorian policies and practices, particularly in the criminal justice system, which treat African Guyanas and opposition supporters generally as second-class citizens. fueling resentment and racial animosity,” he said.

It also accused the government of withholding funds and contracts to organizations and local government districts perceived as non-compliant with the government. “The government is deliberately withholding taxpayer money from the capital city – Georgetown,
Other historic African Guiana villages, towns, local government councils and areas that it does not govern and that are populated by opposition supporters. This heinous act cannot be tolerated. All Guyanese should benefit equally from our country’s resources,” the group of concerned individuals said. The government recently reduced subsidies for the International Decade for People of African Origin-Guyanese, and opened up Has formally said it will work with the people rather than neighboring councils.

Mr. Saul said in his covering letter for the statement that there was evidence that the Guyanese government was cultivating the conditions for violent political upheaval. “We believe the government is deliberately setting the stage for civil unrest, an event that can only compromise our budding democracy and lead to chaos and innocent lives,” he said.

But the prime minister criticized Mr Saul’s letter to the US vice president, saying it contained “incredibly fraudulent and misleading statements that the government is pushing Guyana to the ‘brink of civil unrest'”. He accused the PNCR-led coalition A Partnership for National Unity + Alliance for Change (APNU+AFC) of fomenting unrest to destabilize the current government. “The APNU+AFC faction and affiliated groups are continuing with desperate attempts of race-baiting which they hope will incite civil unrest against the democratically elected People’s Progressive Party/Civic (PPP/C) government and all of Guyana Eliminate the tremendous benefits people are experiencing. ” They said.

Mr Phillips provided figures in an attempt to dispel opposition claims of discrimination against Afro-Guyanese, saying more than 50 per cent of the more than 11,000 houses allocated since 2020 have gone to Afro-Guyanese and The workers of the sugar industry have been paid. 20 percent have been seen going to Afro-Guyanese.

Instead, they sought to escalate civil unrest through media attacks on leaders in the APNU+AFC, physically blocking government officials from engaging with entire communities, unruly behavior in the National Assembly, and confrontations in front of the president. Accused of taking a stand. Major national issues should be discussed.

According to the Prime Minister, Mr. Saul Belladrum was among a group of farmers in West Coast Berbice who received farm equipment less than four days after President Ali’s political outreach to the Mahica-Berbice region.

He also suggested that Mr Saul, the Vice President of the Guyana Veterans Legion, is aware of the ongoing efforts to resolve all issues relating to National Insurance Scheme (NIS) benefits for veterans following the intervention of the President. The Prime Minister said, “That promise was kept by our President as NIS employees are working at Camp Ayyanganna to resolve the issues of ex-servicemen, which the APNU+AFC inexplicably chose to ignore. “

“The author is a show tent linked to the scheming, manipulative and corrupt APNU+AFC, which has plunged Guyana into chaos, and brought it to the brink of civil unrest following plans to strangle our democracy in the 2020 regional and general elections. ” Added.

The Guyanese government has repeatedly denied that it is discriminating against Afro-Guyanese, and has noted that efforts to share its perspective with United States Democratic Congressman Hakeem Jefferies have failed. The US government continues to emphasize the need for inclusive democracy and shared prosperity in Guyana.