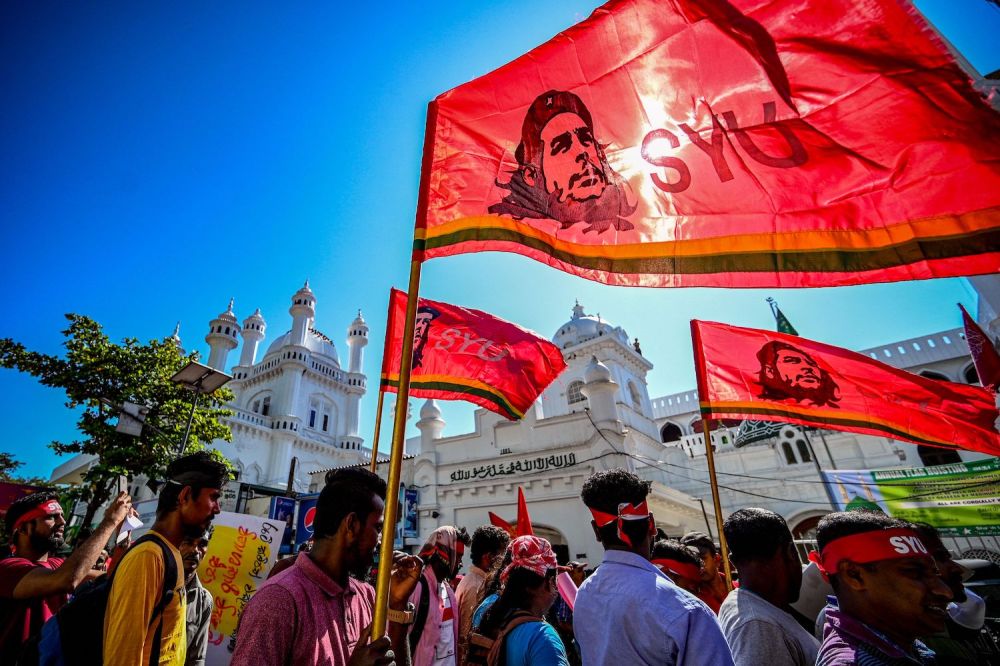 The highlights this week: Sri Lanka’s economic pain endures even as the new government settles in, the Taliban crack down on women-led protests after a terrorist attack, and Pakistan’s army chief visits Washington.

If you would like to receive South Asia Brief in your inbox every Thursday, please sign up here.

Sri Lanka has suffered through one of the world’s worst economic crises for most of the year, marked by soaring inflation, food and fuel shortages, and low supplies of foreign reserves. In April, Sri Lanka defaulted on its foreign debt. This economic stress prompted mass protests and a political crisis that came to a head in July, with then-President Gotabaya Rajapaksa briefly fleeing the country. Many Sri Lankans blame the Rajapaksa family for the economic mismanagement that produced the current crisis.

In recent weeks, Colombo’s new government has settled in and received help from bilateral and multilateral donors. Despite this aid, Sri Lanka’s economy continues to sputter, and core public grievances remain unresolved. The country still seems like a powder keg—susceptible to more mass protests—particularly if the public faces new austerity measures.

Since Sri Lanka’s economic crisis began, it has received emergency assistance from Japan, a currency swap offer from Bangladesh, and humanitarian aid from the European Union. The United States announced last month that its total assistance to Sri Lanka during its crisis had exceeded $90 million. The World Bank has repurposed funds from current financing projects to provide essential goods. And in September, Colombo reached a preliminary agreement with the International Monetary Fund (IMF) on a $2.9 billion assistance package.

Sri Lanka has also benefited economically from regional rivals China and India jockeying for influence in the country, even if Colombo would want to avoid getting dragged into their competition. India has provided nearly $4 billion in assistance and is negotiating a future debt restructuring plan and a credit line of $55 million for badly needed imports of fertilizer. Meanwhile, China and Sri Lanka have begun debt-restructuring talks, an important step toward finalizing the IMF deal.

China has also moved closer to concluding a new free trade agreement with Sri Lanka. Admittedly, the two sides may still have a long way to go: Discussions have been ongoing since 2014.

Making matters worse, the IMF package won’t be finalized until the fund’s executive committee approves it—and that may not happen until December. If the deal is finalized, that will mean more austerity measures. Although it praised Sri Lanka for its recovery efforts this week, the World Bank hasn’t announced any new assistance. In May, it said fresh financing would be offered only when an “adequate macroeconomic policy framework is in place.”

Since President Ranil Wickremesinghe took office in July, Sri Lanka’s political crisis has eased. He was sworn in after a secret parliamentary vote appointing him to serve out Gotabaya Rajapaksa’s remaining term. But the protesters haven’t gotten what they wanted: a government free from the Rajapaksas’ influence. Wickremesinghe is widely seen as close to the family, and most of his cabinet ministers also served in the previous government. (Gotabaya Rajapaksa himself quietly returned to Sri Lanka a month ago, despite how radioactive he has become.)

Anticipating more unrest, Wickremesinghe has imposed restrictions on protest in recent weeks, but such moves have only provoked public demonstrations. Sri Lankans have many reasons to come back to the streets: continued economic stress (which could worsen if fresh austerity measures are implemented), anger about an unelected government with close ties to the Rajapaksas, and demands for Sri Lanka to file criminal charges against Gotabaya Rajapaksa—an unlikely prospect as long as his allies remain in power.

Ideally, the assistance Sri Lanka has received so far will eventually buy it more time to pursue other stopgaps, such as debt relief measures and additional aid packages. More relief could come with global oil prices falling—although the OPEC+ group agreed to cut oil production and shore up prices this week—and if a tamed COVID-19 pandemic boosts tourism, which in previous years constituted as much as 12 percent of Sri Lanka’s GDP. Still, many Sri Lankans won’t be appeased until elections take place—and Wickremesinghe is serving out a term that doesn’t end until November 2024.

Taliban cracks down on protesters. Last Friday, a suicide bombing struck a tutoring center in a part of Kabul that is home to many members of the minority Hazara Shiite community. Militants have repeatedly targeted Hazaras over the years, and Friday’s blast was particularly horrific: The attack killed at least 53 people and wounded more than 100, most of them young women. No group has claimed responsibility, but the Islamic State-Khorasan is the likely perpetrator.

In response, women across Afghanistan have taken to the streets to protest the violence against Hazaras. Some of the protesters have added calls for the Taliban to reopen schools for older girls. As the regime has done before in response to women-led protests, the Taliban cracked down hard—and this time around, it was especially violent. Some protesters said the Taliban shot at them, whipped them, beat them with their guns, and used pepper spray. Others said the Taliban locked university students on their campuses to stop them from protesting.

In this disproportionate response, the Taliban are not only living up to their reputation as a repressive regime, but they are also squandering an opportunity to push back against the Islamic State-Khorasan—their bitter rival. 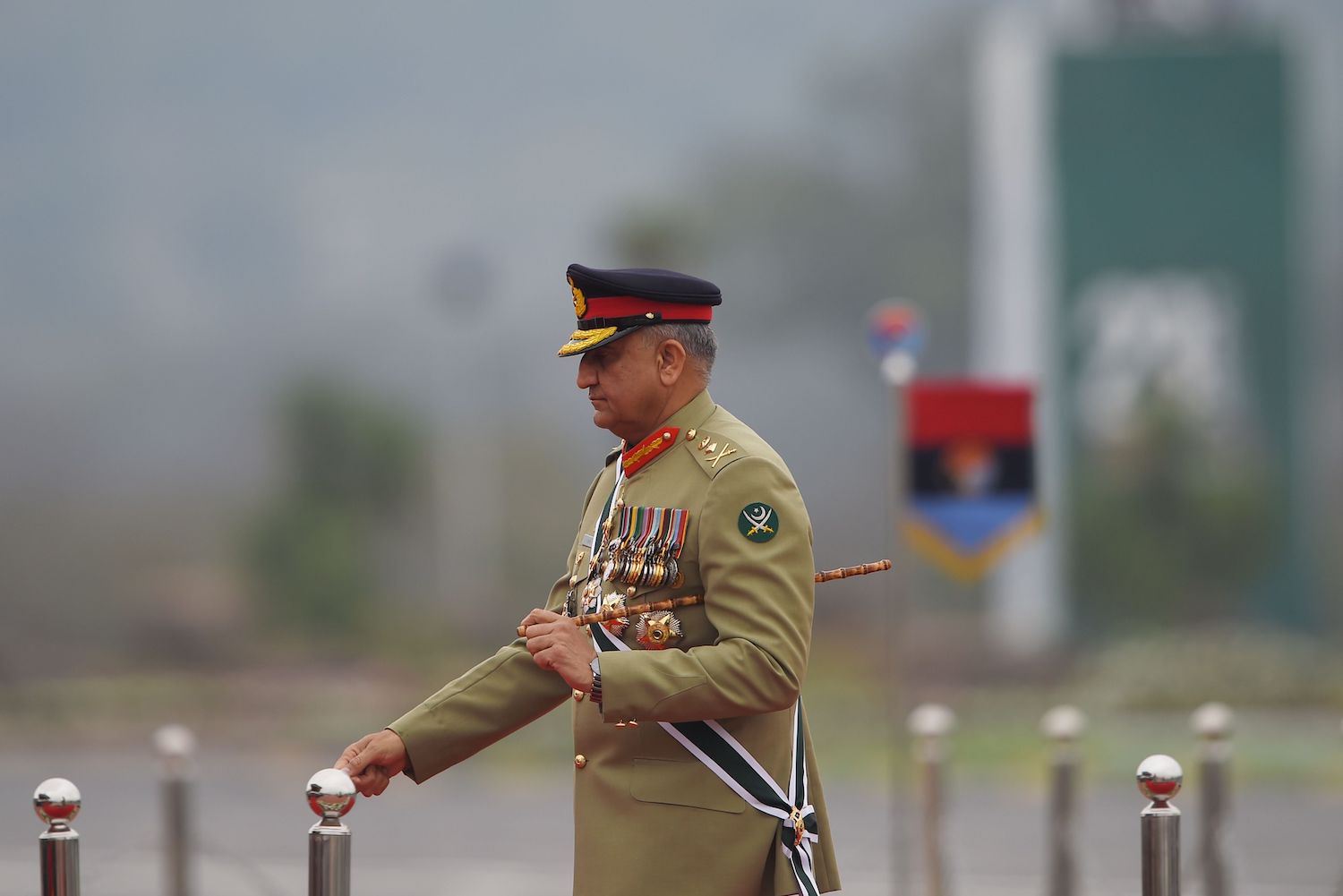 Pakistan’s army chief visits Washington. Gen. Qamar Javed Bajwa, Pakistan’s army chief and perhaps its most powerful figure, held meetings in Washington this week. It marked his first official visit since 2019, when he accompanied then-Prime Minister Imran Khan to the United States, and it follows a long tradition of army chiefs making big trips to Washington even during periods of civilian rule.

Islamabad and Washington tend to be tight-lipped about such visits, but a Pakistan Army statement noted that Bajwa met with U.S. Defense Secretary Lloyd Austin, U.S. National Security Advisor Jake Sullivan, and U.S. Deputy Secretary of State Wendy Sherman. The readout gave few details about the meeting agendas, although they likely focused on flood relief and prospects for counterterrorism cooperation in Afghanistan.

Bajwa may have also broached the possibility of Washington restoring security aid to Islamabad, which has been frozen since 2018. The timing of Bajwa’s trip is notable because he is scheduled to retire next month, and his favorability in Pakistan has tanked since he fell out with Khan last year. (The new government is deeply unpopular.) Bajwa’s visit thus may have been part of a farewell tour—and an attempt to get a vote of confidence for the military as he prepares to step down.

Blackout in Bangladesh. On Tuesday, most of Bangladesh was plunged into darkness by a massive power outage that officials attributed to a problem with a transmission line. The outage affected around 96 million people—nearly 60 percent of the population. The country has recently experienced other power cuts after the government shut down diesel-run plants to reduce energy imports amid soaring prices. Natural gas is Bangladesh’s main fuel for power generation, and its gas-powered facilities have also experienced shortages.

Power was restored across the country by late Tuesday, but the outages raise concerns for Bangladesh’s economy—one of the best-performing in the region. Garment factories have recently lost power for four to 10 hours per day. Last week, the Asian Development Bank revised its predictions for Bangladesh’s economic growth in the current fiscal year from 7.1 percent down to 6.6 percent—still strong but a notable drop nonetheless.

Indian External Affairs Minister S. Jaishankar received a difficult question from an Afghan student in the audience during a seminar in Vadodara, India, last weekend: Why have 2,500 Afghan students, all enrolled in Indian universities, not received visas to allow them to return to the country?

Many Afghan students left India last year, when the country shut down schools and universities as part of COVID-19 restrictions. They haven’t been able to come back to India since the Taliban takeover of Afghanistan last August. Jaishankar’s response? Students will have “to wait for [a] level of trust and efficiency” so that visas can once again be processed.

The delay in granting these visas is surprising. India and Afghanistan have a long history of close people-to-people relations, including educational exchanges and many Afghan students attending Indian universities. Furthermore, India’s embassy in Kabul partially reopened in June after closing during the Taliban takeover. New Delhi’s non-recognition of the Taliban regime should not pose a problem for the issuance of Indian student visas to Afghans.

With any luck, it’s just a matter of the newly reopened embassy needing more time to get situated so that it’s ready to assist those Afghans—and especially the women among them—who are keen to continue their education in India.

A Kuensel editorial argues that Bhutan has the capacity to continue attracting tourists from overseas, even after the government imposed new mandatory fees for foreign visitors: “The average profile of the tourist visiting Bhutan will change; our tour organisers should change too,” it argues. “Those who can provide the high value experience will not only survive, but become richer.”

Energy analyst Dheeraj Kumar Gupta, writing in the Hindustan Times, evaluates a new solar energy policy in the Indian state of Jharkhand. He praises it as a major upgrade, but he also argues that the state must focus on ensuring “livelihood transitions for coal sector workers, just compensations for land leases and alternatives to farmers who give up their lands.”

In the Daily Star, writer Sarah Anjum Bari reflects on her experiences teaching English to students in Bangladesh in the last year. “English is porous. It is bendable, permeable, it is messy. … Good art is often born out of such clumsiness and therein lie the moments of peace for English teachers,” she writes. 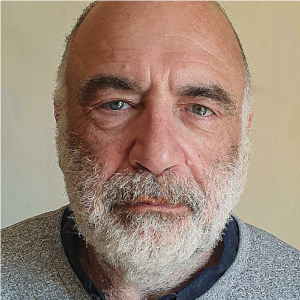 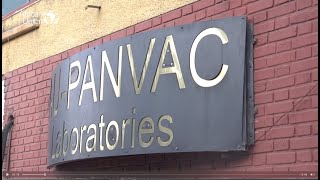