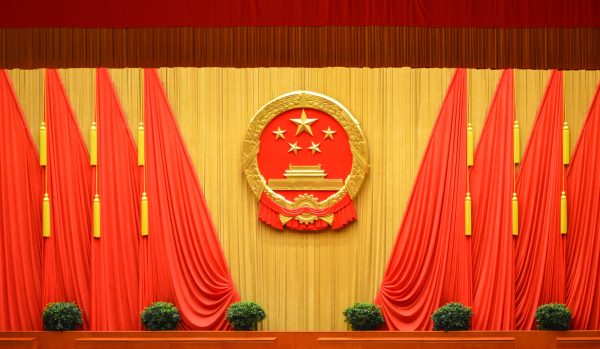 
For about a decade, China’s national legislature, the National People’s Congress (NPC), made real improvements to its transparency. In 2008, it started soliciting public comments once on almost every major bill. Since 2013, it has been asking for comments multiple times for the same bill. In 2015, it codified “legislative openness” as a guiding principle for lawmaking. Most recently, in the summer of 2019, the NPC established a spokesperson’s office to offer greater and more regular disclosure of its legislative activities, including brief summaries of public input on draft legislation.

In the past two years, however, the legislature has appeared increasingly tempted to embrace the secrecy afforded by the Great Hall of the People. It has been withholding legislative drafts at a greater frequency – five in 2020-2021 alone versus five total during 2015-2019. It has also started to hide certain bills on its legislative agenda from the public until shortly before or, worse, until after their adoption. This practice not only departs from the legislature’s transparency norm, but is also at odds with the party-state’s legal reform agenda and recent official rhetoric on China’s political system. Yet the NPC Standing Committee (NPCSC) is now Poised to write this practice into lawin effect guaranteeing its continued use, and once again highlighting the party-state’s competing desires for legal predictability and flexibility.

Early, Full Disclosure of Agendas Has Been the Norm

Before 2020, all items on the agenda of an NPCSC session, save for late submissions, were made public by the first day of the session at the latest. Here is how the process has usually worked: The NPCSC generally meets every two months, and its sessions are convened by the Council of Chairpersons, a powerful decision-making body headed by the NPCSC chairman (currently Li Zhanshu). Except for emergency sessions, the council must meet to call an NPCSC session at least seven days in advance. The official Xinhua News Agency has always published readouts of these council meetings on the same day. Each readout includes a proposed list of bills to be reviewed at the upcoming NPCSC session. The readout is the earliest occasion for publicly disclosing the agenda of an NPCSC session.

Before 2018, the readout would normally disclose the upcoming NPCSC session’s entire agenda. During the 12th NPC (2013-18), around 75 percent of agendas were disclosed this way – in full and several days before a session. So far, almost half of the 13th NPCSC’s 30 multiday sessions also had their full agendas announced like this. (This drop in the rate of full disclosure at the earliest possible timelikely attributable to a rise in politically salient bills during the last several years, is not especially concerning, as explained below.)

From time to time, agenda items were withheld until they were introduced to the NPCSC. The introduction of bills has typically occurred on the first day of an NPCSC session, when all legislators and other attendees gather to hear explanations of bills scheduled for review. After such a plenary meeting, Xinhua would publish a readout that briefly describes all the bills introduced. Before 2020, almost all NPCSC sessions’ agendas were fully disclosed by this point, except when a bill was submitted during a session and thus could not be introduced on the first day, such as the November 2016 interpretation of the Hong Kong Basic Law’s oath-taking provision,

Some bills were omitted from the readouts of council meetings seemingly due to their political sensitivity. Examples include the August 2014 draft Counterespionage LawJune 2017 draft Supervision LawDecember 2019 decision to abolish the “custody and education” detention systemand August 2020 decision to extend the term of Hong Kong’s Sixth Legislative Council, Authorities may have believed that early disclosure of these bills could have generated unwanted speculation, as the public has no access to their contents until state media report on them, typically after a legislative session convenes.

Similar considerations do not explain the omission of every bill, however. Some had no apparent political salience and were unlikely to attract public attention, such as an August 2018 draft law creating a special ranks system for the newly founded China Fire and Rescue Force and a December 2019 decision authorizing technical civil procedure reforms. They may have been omitted simply to control the length of the council meeting readouts, which are broadcast verbatim by the nightly Xinwen Lianbo news program, which is capped at 30 minutes, absent political events of the utmost importance or domestic emergencies like the COVID-19 crisis in early 2020.

The drafts that were temporarily omitted from the readouts of council meetings were generally released for public comments in accordance with the legislature’s ordinary practice. That short delay therefore had no material impact on the public’s ability to track and participate in the legislative process. But the same cannot be said of the newer hidden-agenda practice.

The NPCSC began deviating from the disclosure norm in mid-2020. Rather than disclose all agenda items for an NPCSC session by the session’s first day, it hid the existence of certain bills for a prolonged period.

Bills that passed a single review by lawmakers were first revealed to the public only after having been adopted. There have been two such bills: the November 2020 decision that imposed additional political-allegiance requirements on Hong Kong legislators and the October 2021 decision that authorized the State Council to carry out property tax pilot programs.

Bills that underwent multiple reviews were first made public only shortly before their adoption. So far, three bills have passed in this way: the NPC’s May 2020 decision authorizing the enactment of national security legislation for Hong Kong; its March 2021 decision initiating an overhaul of Hong Kong’s election system; and the Anti-Foreign Sanctions Law, adopted in June 2021. The two NPC decisions were first considered by the NPCSC shortly before the NPC convened, whereas the sanctions law was first reviewed two months before its enactment. All were first revealed at the start of their second reading – only days before passage.

The practice of hiding the latter group of bills, in particular, fails to match the public’s expectations of at least one round of public consultation on each bill undergoing multiple reviews. Even if the legislature decides not to release a draft or to offer such an official channel for public comments, the interested parties can still directly write to the legislature with their views. None of this could happen if the public is not even aware of a bill’s existence.

To be sure, public comments on the hidden legislation would likely have resulted in, at most, only modest improvements. Indeed, those five bills were hidden probably because Chinese authorities (correctly) anticipated widespread backlash. They preempted calls to revise or withdraw these bills by pushing them through quickly and disclosing them only once they were faits accomplis,

Contrast those bills with the proposed legislation to apply the Anti-Foreign Sanctions Law to Hong Kong and Macao. the latter was disclosed early, weeks before it was considered by the NPCSC in August 2021. This gave the interested parties, in particular Hong Kong businesses and banking institutions, an opportunity to voice their concerns about the contemplated move. The NPCSC deferred votes on the legislation as a result and has not taken further action on it.

The NPCSC recently reviewed a draft amendment to its Rules of Procedure that would write the hidden-agenda practice into law. A new provision authorizes the Council of Chairpersons to “temporarily withhold from the public” some (but not all) agenda items “when necessary.” Although written as an exception to the general rule that session agendas should be made public, that provision does not meaningfully constrain the council’s authority to hide bills, nor does it provide for oversight by the full legislature or the public. Its misuse is thus a distinct possibility.

The delayed-disclosure provision is in tension with the central leadership’s legal reform initiatives. A five-year legal reform plan released by the Communist Party in early 2021 vows to “comprehensively promote legislative openness” and “gradually expand the scope of disclosure.” Over the years, Chinese scholars have also urged the legislature to embrace greater transparency by, for instance, allowing some form of public observation and broadcast of its meetings. The draft amendment not only fails to mandate more transparency, but it explicitly empowers lawmakers to act in greater secrecy.

The practice of hiding agenda items is also at odds with official rhetoric surrounding “whole-process people’s democracy,” a recent buzzword used to characterize China’s political system. The key feature of this ostensibly Chinese form of democracy, according to General Secretary Xi Jinping, is that the people have “the right to participate extensively” in the country’s political affairs, including lawmaking. In Xi’s own words, whole-process people’s democracy requires that the people’s congresses implement “the people’s rights to know, to participate, to express, and to oversee… in all aspects, all stages, and the whole process” of their work. But the NPC’s recent unexplained delays in disclosing certain agenda items in effect denies the people those rights and reduces the procedural legitimacy of the resulting legislation.

The NPCSC will likely approve the amendment within the year. The hidden-agenda practice it would codify has already inflicted great harm on the legislature’s transparency, predictability, and legitimacy by keeping the public in the dark about important legislation and irreversibly raising the specter of future “surprise” laws. But maybe that is the price authorities are willing to pay for political expediency.

I wish to thank Darius Longarino for helpful conversations and comments on an earlier draft. All errors and omissions are my own. 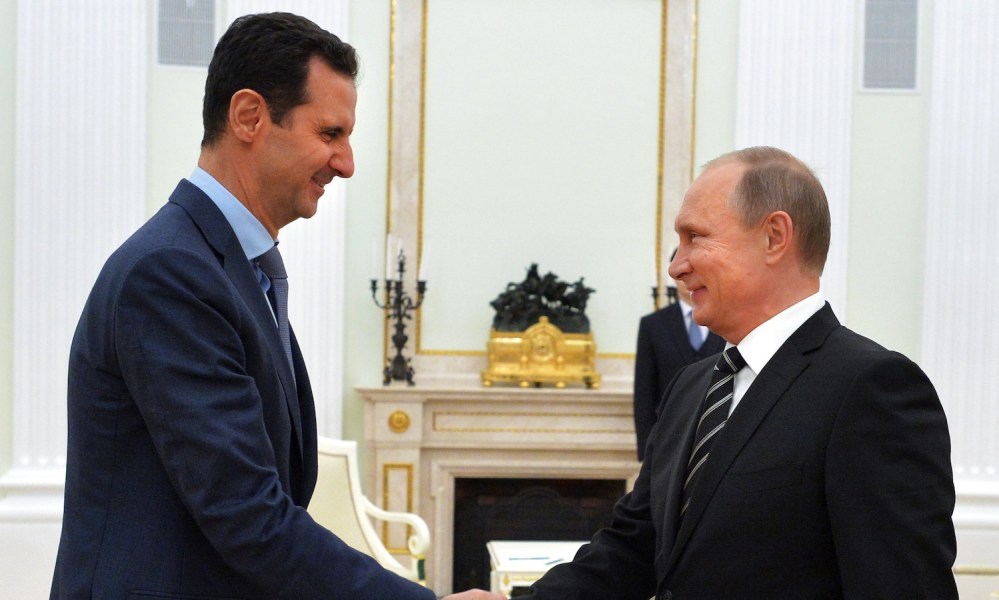 Next post Inside the U.S.-Russia Deal that Eases Pressure on Assad